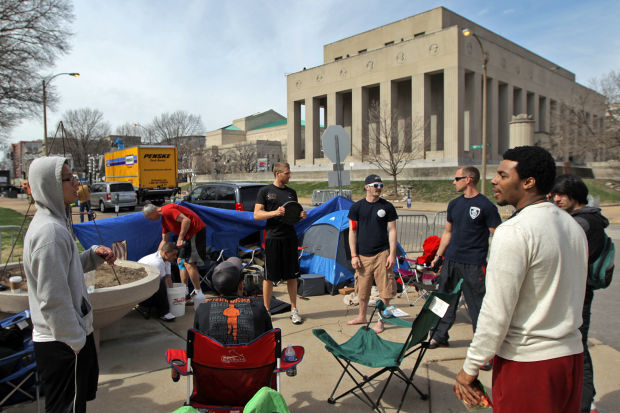 Life of the Line

There has been almost as many potential walk-ons as there has been call back competitors throughout American Ninja Warrior's history. This is a really rough guess. Just using the sheer number of people on the last day of all four lines I have had the privilege of being a part of. (Listen Travis is the stat guy). So when Chris Wilczewski dubbed me King of the Walk-ons in the NNL Season 1 before my Stage 2 run, I did not take it lightly.

This next fact might get me in trouble but it is something I am truly proud of, I have been the off-camera first finisher in 3 out of 4 of those cities qualifiers (Philly was brutal!). I have this down to a science. As much as guess work can be a science. People in the community ask me all year long, "Are you going to the line or wait for a call?" "Where are you gonna go?" "What's your plan?" I take it as a compliment personally. We all train hard and only a select few get the call so when a guy keeps getting chances to run without it, why not try to figure out the formula?

Now that we know each other, let me just state that my first try was an absolute fluke. I knew about as much as the normal viewer knew about the line. The nearest ninja gym at the time was 5 1/2 hours away in New Jersey so gathering information was hard. When I told Jenny, my girlfriend at the time (now fiancé, yaaaaay!) that I thought we should do the line, she was all for it and put all her trust in me to figure it out.

I planned for us to pick up everything when we got to St Louis. I watched a lot of Ninja Warrior for the months leading up to Season 6. Combed over every bit of information via the web I could trying to figure out how the line started, how it goes down with the show, and who else could possibly be there. This was before there was a major release date of city filming locations and dates. I finally caught through the grapevine that they were filming in St. Louis. I mapped out EVERYTHING! I knew the quickest route from airport to the course. I knew where every bathroom in a mile radius was during the day and night. I knew where every possible spot to get food from was (though we all ended up at Smoothie King everyday anyway). I knew where to take a shower, where to get new clothes if we needed. Seriously, I knew St. Louis as if I grew up there. I took a stab in the dark, Jenny by my side, took all my vacation from the firehouse (I am a full time firefighter FYI), and hopped on a plane to St. Louis with really no idea what I was doing but hey no one else knew that.

Each line has its own personality, its own inside jokes, its own stand out star, and its own dramatic moments even before people hit the course. To this day that St. Louis line was the most fun I had in any line. Practically because it was very new to me so everything was exciting. Brad was what I think a line leader should be like. We had very strict rules in that line. People were bumped to the back a few times. There are a million stories I could tell you and if we ever meet feel free to ask. Like the first night in only a sleeping bag when it dropped to 37 degrees. Or the bum's howl. Or how in less then 4 hours we experienced all 4 seasons. Just know 5 days later casting walked out, handed me the paperwork, and walked 25 of us inside. 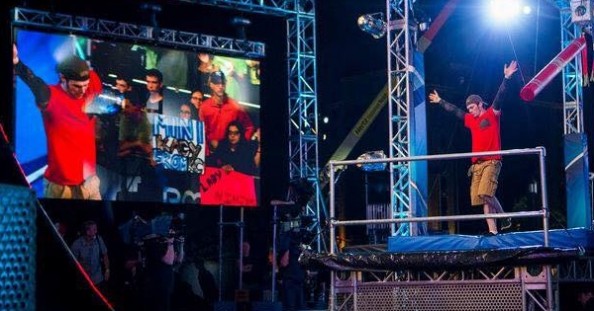 I still didn't know what to expect. I knew I would go early but with the weather acting up they didn't know when. Night fell and one by one. Brad fell, Jason fell, other Dave fell, and Eric fell. With every fall your heart sinks, then it gets to you and your stomach drops. What was I doing here? If they can't how can I? To top it off, it started to lightly snow. Steps, Rolling Log, Bridge of Blades, Rope Swing, Tilting Ladders, then the Warped Wall. No one warns you that you will black out at times. You keep going but you'll never have the memories. I don't remember the Spinning Log or the Rope Swing. The Bridge of Blades is a bit blurry. Suddenly I was at the ladders, and ya we were only 5 runners in but no one had gotten past obstacle 3 so everyone was screaming.

I was not conditioned, barely any obstacle training, and in territory I never thought I would be in. Today you look at the Tilting Ladders and laugh. Everyone now has been to a bunch of ninja gyms, you touched a bunch of obstacles, but back then ninja was a pass time not a career. This was tough for the majority of the ninja world. You would have thought I was on Philly's Rolling Thunder. It burned every muscle in the forearms. (Elliot Hall lached from the first ladder with ease FYI) But there it was, the wall. I was told after my first couple of attempts that Michelle Warnky asked Jenny if I had ever seen a wall, that is how bad I looked. First finisher on my third attempt. I bet you expect me to hit the buzzer right? Nope, I tired to bulldoze my way through the gate a few times until the camera guy reminded me to hit it.

Fast forward to night two and it all caught up to me. The Salmon Ladder still haunts me. I finished 24 out of 30, missing Vegas but I had arrived in ANW. It was all easy from there in my mind. Next year I would get the call. My ninja life was grand. Or so one would think....