Season 9 of American Ninja Warrior featured some of the most creative and difficult obstacles of all time. For the first time ever fan created obstacles showed up on the courses, and they absolutely destroyed the ninjas. If you have a diabolical obstacle design that you want to see the ninjas face next season don't forget to submit it to the obstacle design challenge.

During the finale we learned that there is one thing more scary than a fan created obstacle. That is, when the ATS team decides to put their own unique spin on a fan created obstacle. Wingnut Alley took Kevin Carbone's "Wingnuts" and made them insanely difficult. During the Daytona City Qualifier, Kevin's obstacle was tough, it took out 40 ninjas and had a completion percentage of 49.37% (39/79). Wingnut Alley on Stage 2 was on a completely different level though. It took out 24 of the elite ninjas who attempted it, a completion percentage of just 11.11%.

Of all the obstacles completed at least once Wingnut Alley had the the third lowest completion percentage in the history of American Ninja Warrior. Additionally, the 24 ninjas take out by it are the most ninjas taken out by an obstacle with less than a 25% completion rate.

[An update table of the most difficult obstacles completed at least once in American Ninja Warrior History.]

[The Stage 2 obstacles with the lowest completion percentage from every season.]

The city qualifying version of the Wingnuts had just 3 wingnuts, and required 2 (I believe 8 foot) laches and a dismount. Wingnut Alley featured 4 wingnuts, 3 laches, 3 changes of direction, and a dismount. Now unfortunately we were never given the full details on the distance of each lache but we were told that they were "up to 12 feet", and that the landing pad was 12 feet from the last wingnut. A 12 foot lache off a stationary bar is huge! Luckily for the ninjas the wingnuts were not stationary, unluckily though ninjas had to generate there momentum side to side instead of front to back like in most obstacles. 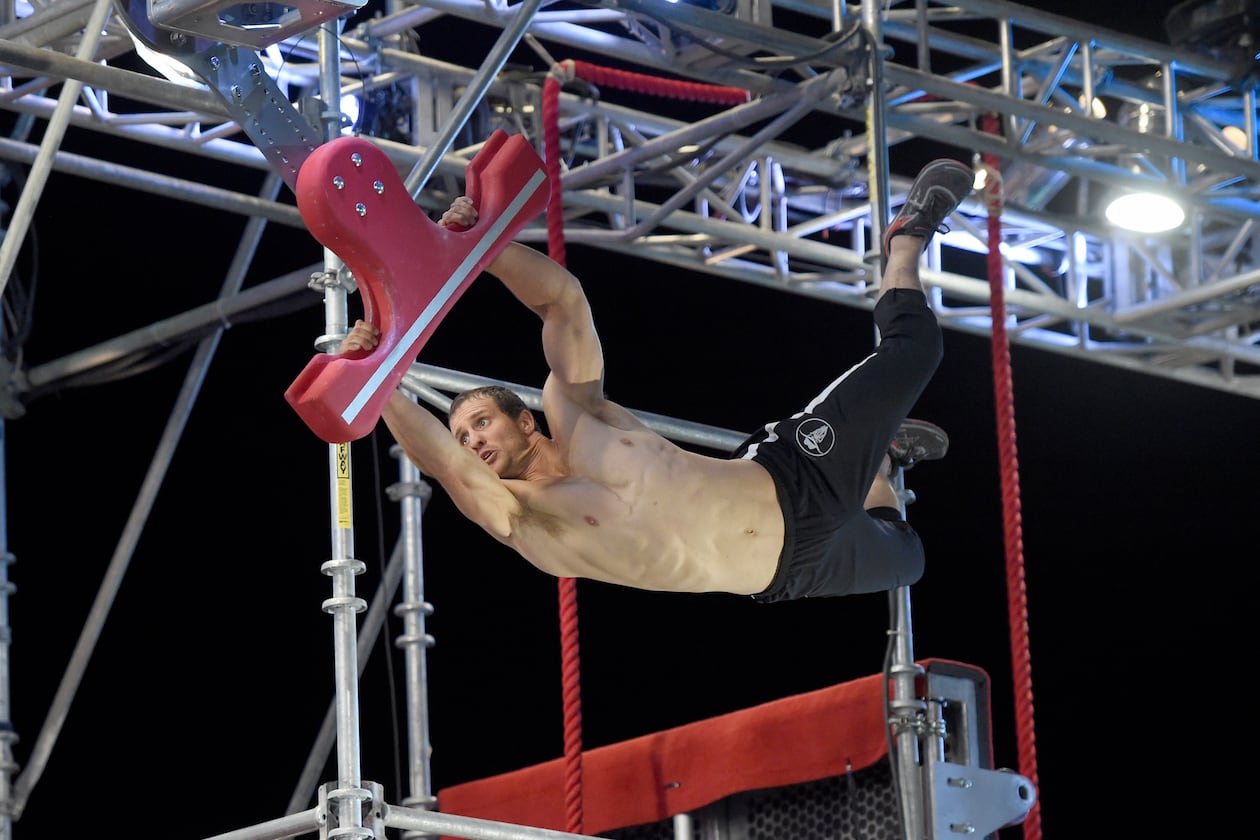 [The wingnuts rotation allowed Lance Pekus to get nearly horizontal while he built momentum to transfer between wingnuts.]

Generating momentum on the "wingnuts" can be awkward at first. The whole wingnut moves which really messes with your timing. Making maters worse ninjas mounted the wingnuts by jumping perpendicular to the direction they wanted to travel first. This meant that ninjas didn't get to carry any momentum from their jump into their lache. To build up side to side momentum, ninjas needed to keep a tight core, bring their knees to their chest and then kick their legs out in the direction they wanted to travel. This initial momentum started the wingnut itself to rock back and forth. Now instead of continuing their own swing back and forth ninjas needed to match their momentum with that of the rocking wingnut. 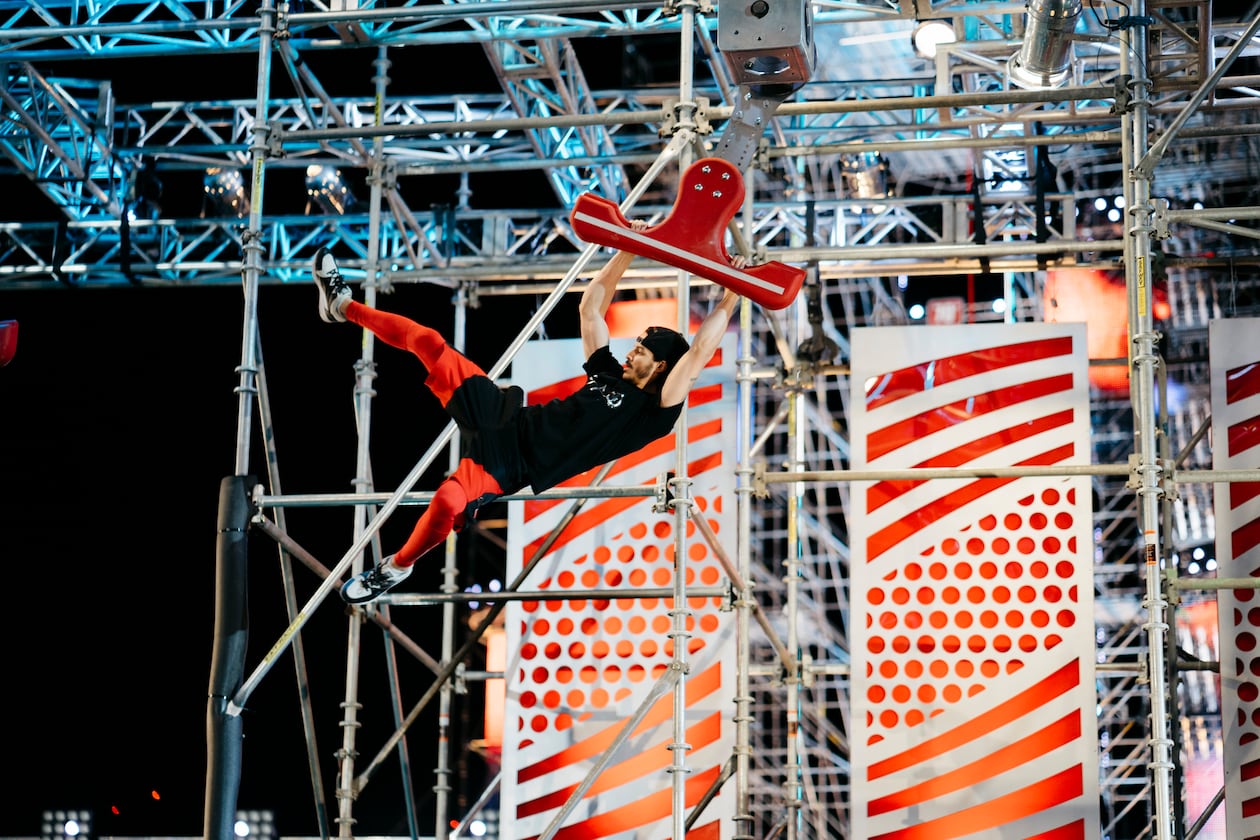 [Flip Rodriguez really kicking his legs out in front of him to build momentum on Wingnut Alley.]

When the wingnut reached the peak of its rocking in either direction ninjas wanted kick their legs in that direction. This allowed ninjas to continually build momentum of the wingnuts rocked. Doing so a few times allowed the wingnuts to really swing. At which point ninjas just needed to let go of the wingnuts as they rocked upward and use the momentum from their bodies and wingnuts themselves to propel their body to the next wingnut.

With the added swing from the rocking Wingnuts, ninjas were able to fly further than in a traditional straightforward lache from a stationary bar. As such, the laches really weren't the hard part of Wingnut Alley. Don't get me wrong, anytime you're required to make yourself fly 12 feet through the air it's not easy. Especially since the further and faster you fly, the more impact you must absorb on your next landing. 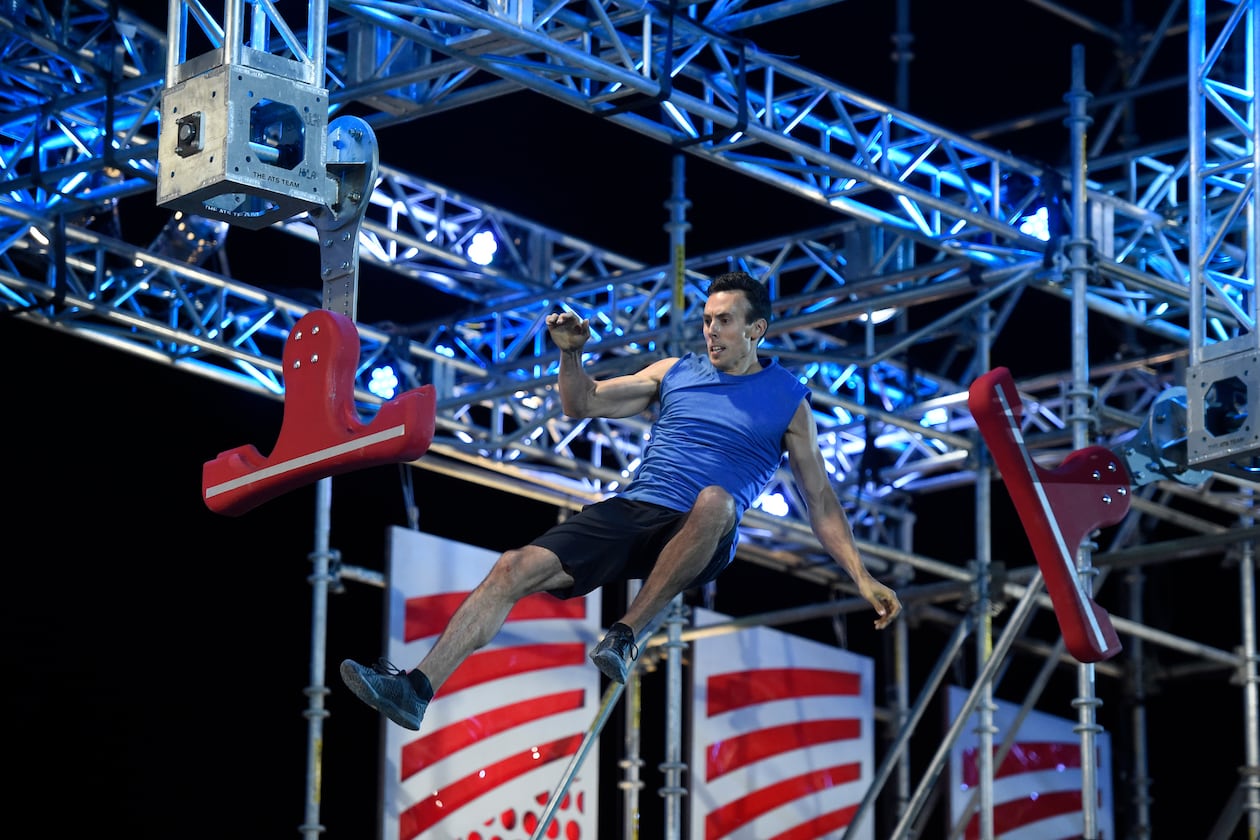 [Travis Rosen came into the 3rd wingnut with a ton of speed making the regrab even more difficult.]

The hardest part of Wingnut Alley was the fact that this rebuilding of momentum had to be done 3 separate times. Drew Drechsel is typically looked as the gold standard for building momentum on these types of obstacles but even Drew took 3 leg kicks in both directions and 15 seconds to make his first move on Wingnut Alley. That's 45 seconds just of building momentum for the 3 changes of direction. The lache that didn't require a change of direction added another 3 leg kicks in both directions and roughly 10 more seconds. So even one of the most efficient ninjas spent nearly 1 minute hanging on the obstacle. Wingnut Alley was difficult because it required a lot of big, slow to develop moves, and a lot of total hang-time.

The 4 minute time limit for Stage 2 was silly, but Wingnut Alley's minute of hang-time made it a little more justified.

I know I'm about to leave this series for the season without mentioning Stage 3, but I don't think there's a lot to talk about there. Stage 3 was an endurance gauntlet, so there really wasn't a Ninja Killer. Sure the Ultimate Cliffhanger (technically the Ultimate Crazy Cliffhanger- UCH doesn't have a 180 degree transfer UCCH does) took out Najee Richardson and Sean Bryan but it's been taking out ninjas for years. Joe Moravsky cruised right through it. Joe crushed the next couple obstacles ultimately reaching his limit at Time Bomb. Had he not missed that hook placement he may have been able to make it all way to Stage 4. 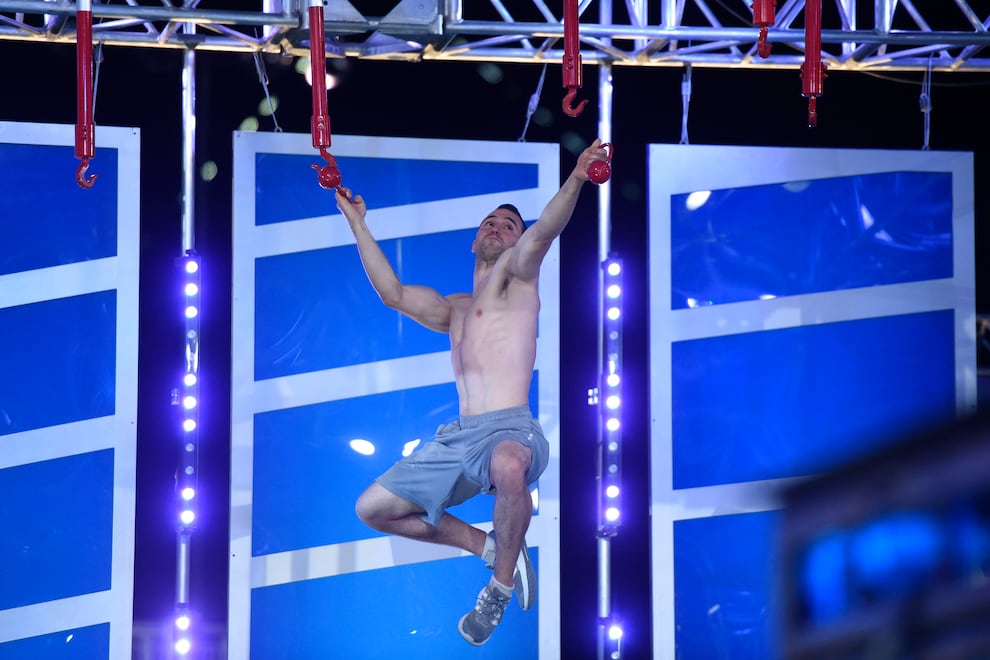 [Joe Moravsky attempts to hook the hold on Time Bomb.]