Stage 1 of the Season 9 Las Vegas finals are complete. We saw a record 41 clears of the course, and according to my notes, the 86 Stage 1 runs that were aired/annotated during the episode are also the most we've ever seen! The previous high was 83 in Season 5.

Following last week's part 1 of Stage 1, I wrote that Stage 1's "Bark my be worse than its bite" and there was no true Ninja Killer on the course. With a 47.67% completion rate for the whole stage, I stand by that statement. For a little more perspective, the most clears we've ever seen on any course was 48, on the Denver City Qualifier in Season 5. 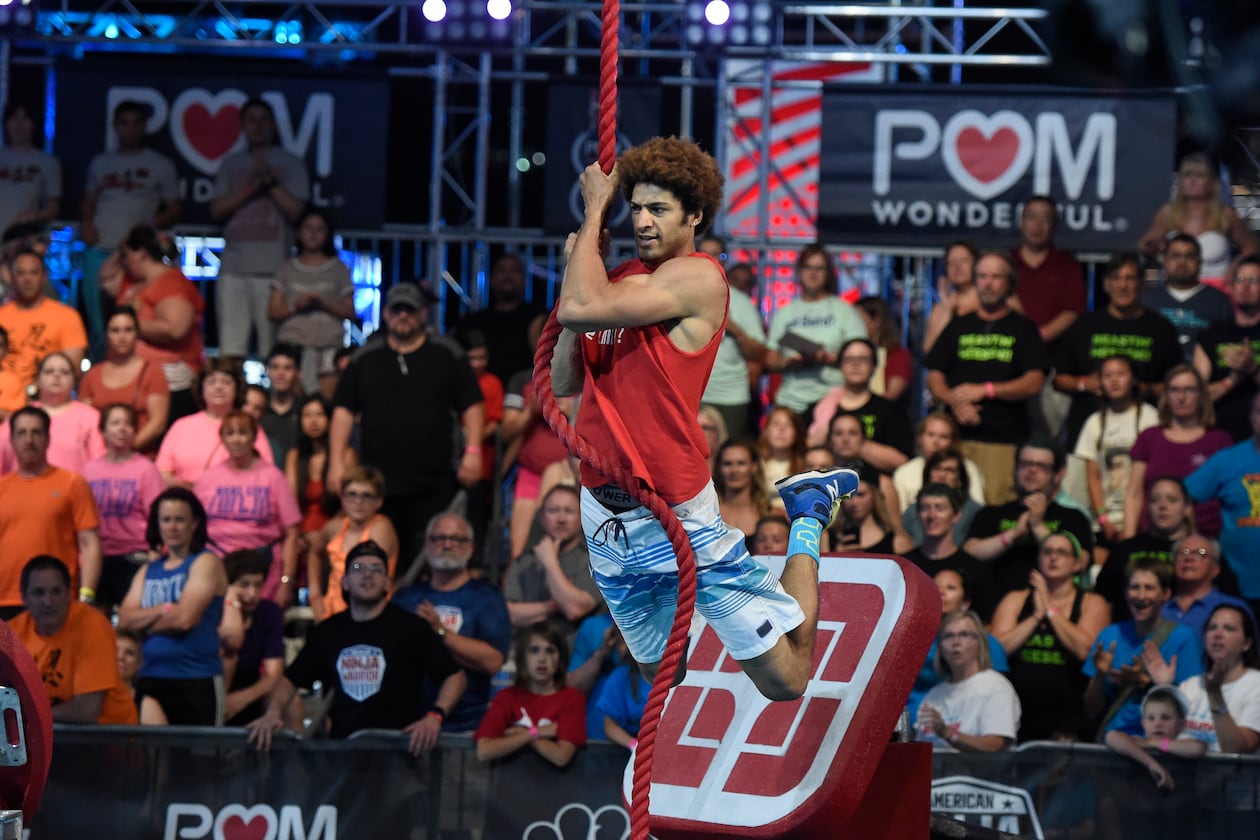 I don't know exactly how many ninjas competed in Denver that season but generally the total competitors per season is between 95-115. Lets be conservative and say 100 competitors ran in Denver that season. That means the completion rate of arguably the easiest course ever in American Ninja Warrior history (at the very least the one with the most clears) was 48%. That is essentially the same as the completion rate we just saw this year on Stage 1, and that was an untimed City Qualifier with just 6 obstacles! (Full disclosure, the true completion rate of Stage 1 this year is probably 43.16% (41/95) but my point remains the same.) With the exception of the Season 5 Denver City Qualifier, this year's Stage 1 had the highest completion rate of any course ever, including City Qualifiers. Now the skill level of the ninjas taking on Stage 1 is higher than the skill level of the ninjas taking on a City Qualifier but still.

So again, it's very hard to chose a Ninja Killer, when nearly half of the ninjas killed the course instead of having it kill them. Here are the final breakdowns of eliminations and completion percentages according to my notes:

So as I chose by default last week, on a course full of high completion percentages the Double Dipper eliminated the most competitors and had the second lowest completion rate. It would make sense for me to talk about the Flying Squirrel this week as it has the second most eliminations and the lowest completion rate. However, those 10 eliminations for the Flying Squirrel are fraudulent. That just happened to be the obstacle 5 competitors were on when they ran out of time (I included the rope ladder climb and platform to the buzzer as the Flying Squirrel because they don't receive their own intro from Kristen at the start of the episode).
Last week I also mentioned that the 155 seconds competitors were given this season was the most ever. Even still, Stage 1 is the first timed course American Ninja Warrior's face, and as such I'm making the Stage 1 countdown clock this week's Ninja Killer. Running for time is completely different than running simply for completion. 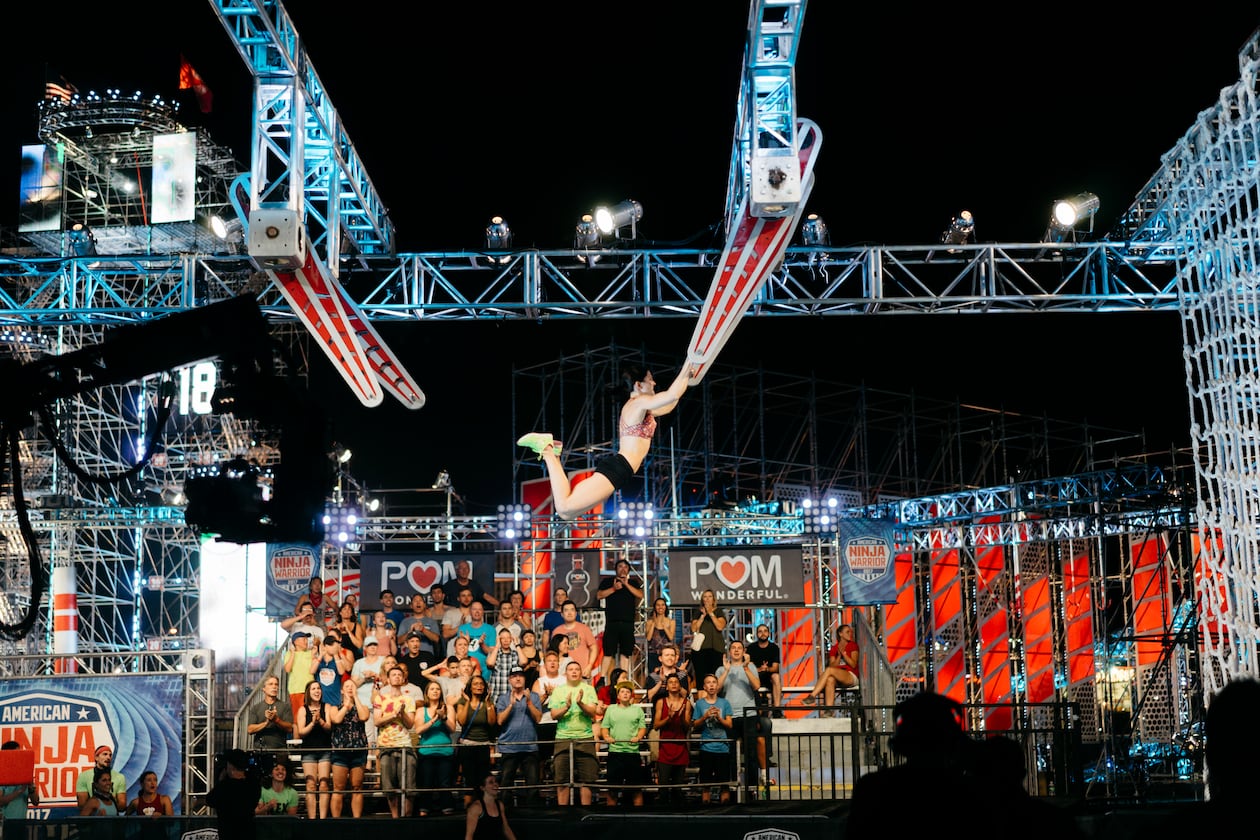 [If racing the clock for the first time all season wasn't enough, a huge countdown timer stares ninjas in the face as they swing on the very time consuming Flying Squirrel.]

There's not of ton of "technique" I can explain to help with completing courses fast, just go fast. That being said, one technique I've seen a lot of top ninjas do, before taking on the course they'll map out their run. They start a timer and think about (sometimes even mime out) all the movements they're going to do. This gets them in a mindset of what they need to do, and how long they expect it to take them, which can be extra helpful for speed courses, such as Stage 1.
Stage 1 is a speed course but 155 seconds is a lot of time to do 8 obstacles. So just because the time is ticking down doesn't mean you can't take any breaks. This season during the Kansas City Finals, I finally heard on TV an adage I've heard many times since I first started doing in ninja competitions, "Smooth is fast, fast is smooth". This 6 word phrase is great advice for completing obstacles efficiently. Spending less time on obstacles, one, makes them easier (less fatigue), and two, allows you more time to rest. 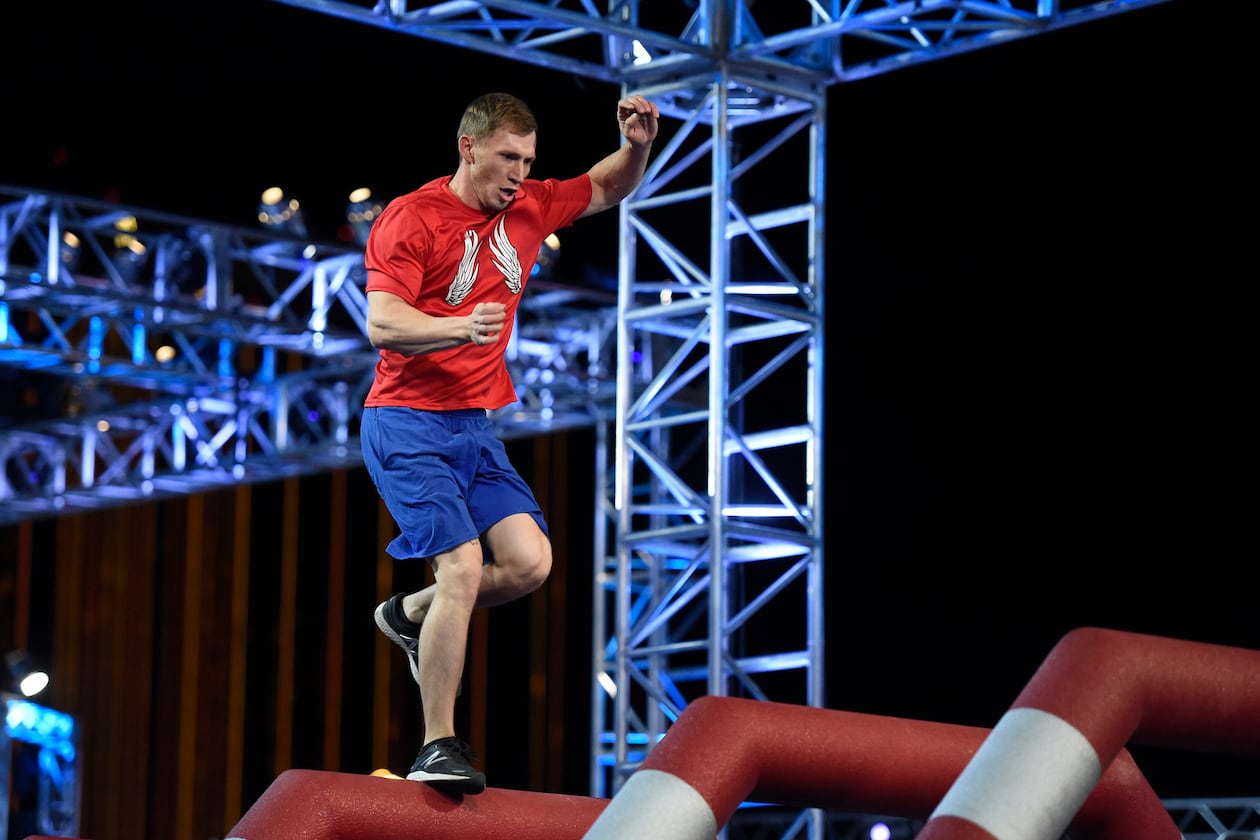 [Brandon Pannell had an amazing season, but it was cut short as he timed out inches away from the final buzzer.]

Combining a solid plan for each obstacle with efficient movement on the obstacles and smart rest in between allows for competitors the best chance to complete a speed course. The only problem is when a plan doesn't work. This was obviously the case for the ninjas who got caught on the underside of the last Domino Pipe. The plan was obviously to run across the top. But we saw a few competitors catch themselves, they remained calm and gritted their way through. Honestly, that is really the best advice I can give when a plan to complete an obstacle falls through.
Again, this Stage 1 course was "easy" ONLY for the level of competitor who reached it. Those who had a plan for the course, and efficiently worked their way through the obstacles had no problem with it or the Ninja Killer that was its countdown timer.