If you watched the Cleveland City Finals this week's Ninja Killer should be no surprise. It is the Nail Clipper. The Nail Clipper is the sixth fan created obstacle from last season's obstacle design challenge to be featured on the show this season (they're running the contest again this year so if you've got a crazy obstacle idea turn it in here). Every fan created obstacle this season has been mentioned in some context in one of these weekly Ninja Killer recaps. The Nail Clipper was thought up Calvin Boyce from Provo Utah.

[The current rankings for all of the most difficult obstacles in terms of completion percentage in American Ninja Warrior History.]

Nail Clipper featured a grip that most ninjas have trained for years now. Each of the ledges on the "clippers" were cliffhanger ledges, roughly 2 inches deep. However, unlike any Cliffhanger previously seen on American Ninja Warrior, these ledges moved (Drew Drechsel did get to play on a moving cliffhanger ledge in Sasuke 32 - and again in Ssauke 33 - although those ledges were moving in their own way).

Every time a ninja put their weight on one of these cliffhanger ledges the whole clipper would rotate to them. Each of the clippers had different lock points where they would not rotate beyond. So not only was Nail Clipper a physically taxing obstacle it was also very confusing, as ninjas could be dumped into the water early if they thought they had locked the clipper in place. 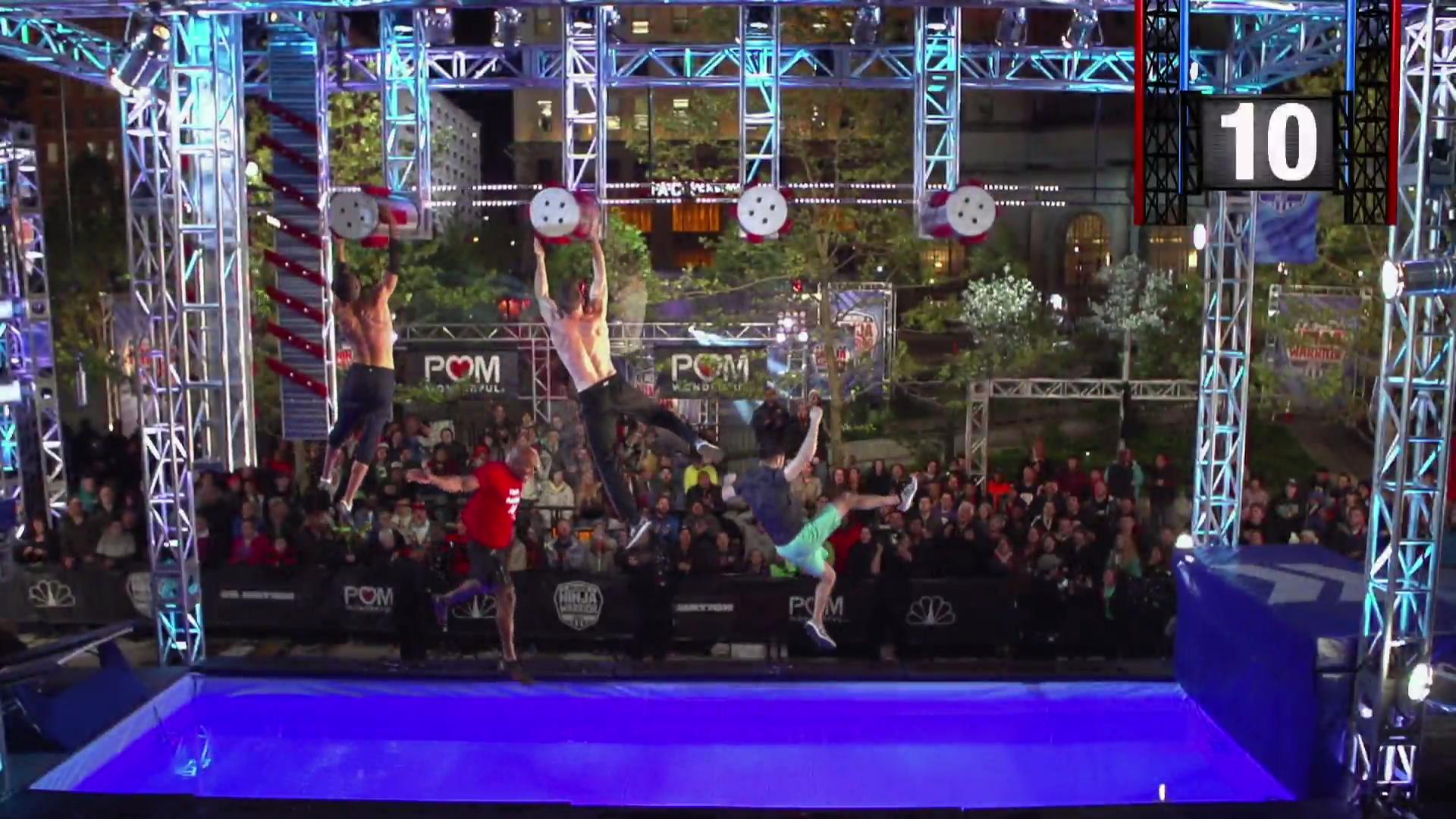 [The Nail Clipper took out so many ninjas that they stopped and made a montage of all the ninjas falling halfway through the episode. This super imposed clip of all the ninjas falling at the same time is amazing - and something that would be awesome to see for every obstacle/Ninja Killer. The 10 in the corner is the number of ninjas who failed the Nail Clipper at that point]

There may be some slight variations possible, such as the lache between clippers we saw Najee Richardson pull off, but this is the sequence both ninjas who cleared used. Basically what all that means is ninjas were hanging for a long time. Every time a ninja placed their hand and weight on a ledge that didn't lock a clipper in place, they added two more moves to the obstacle. 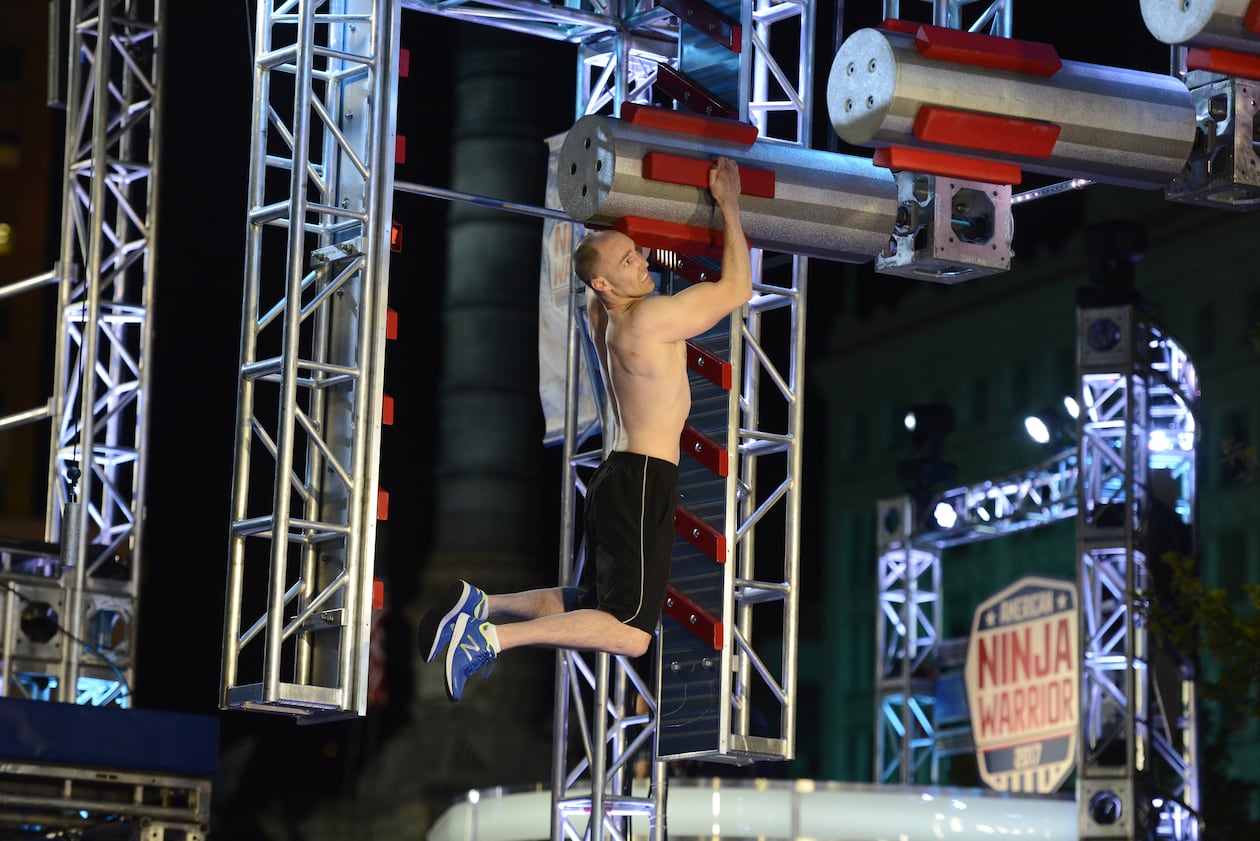 [Daniel Arnold is looking ahead to transfer between clippers before matching on the near side of the previous Clipper, as risky maneuver no one was able to pull off.]

As far as technique, the best strategy for an endurance obstacle like this is to shorten moves as much as possible. By that I mean staying high, arms at 90 degrees when doing the reach over/ around move. I don't always agree when Akbar says ninjas need to keep their L's, but this was definitely a move made easier with L's. If it's possible (it was tough for ninjas to keep their heads out of the way) even using the ledges above the current ledge to lower themselves to the "locking ledge" - which were not labeled, so trial and error/ watching others fall was also crucial. 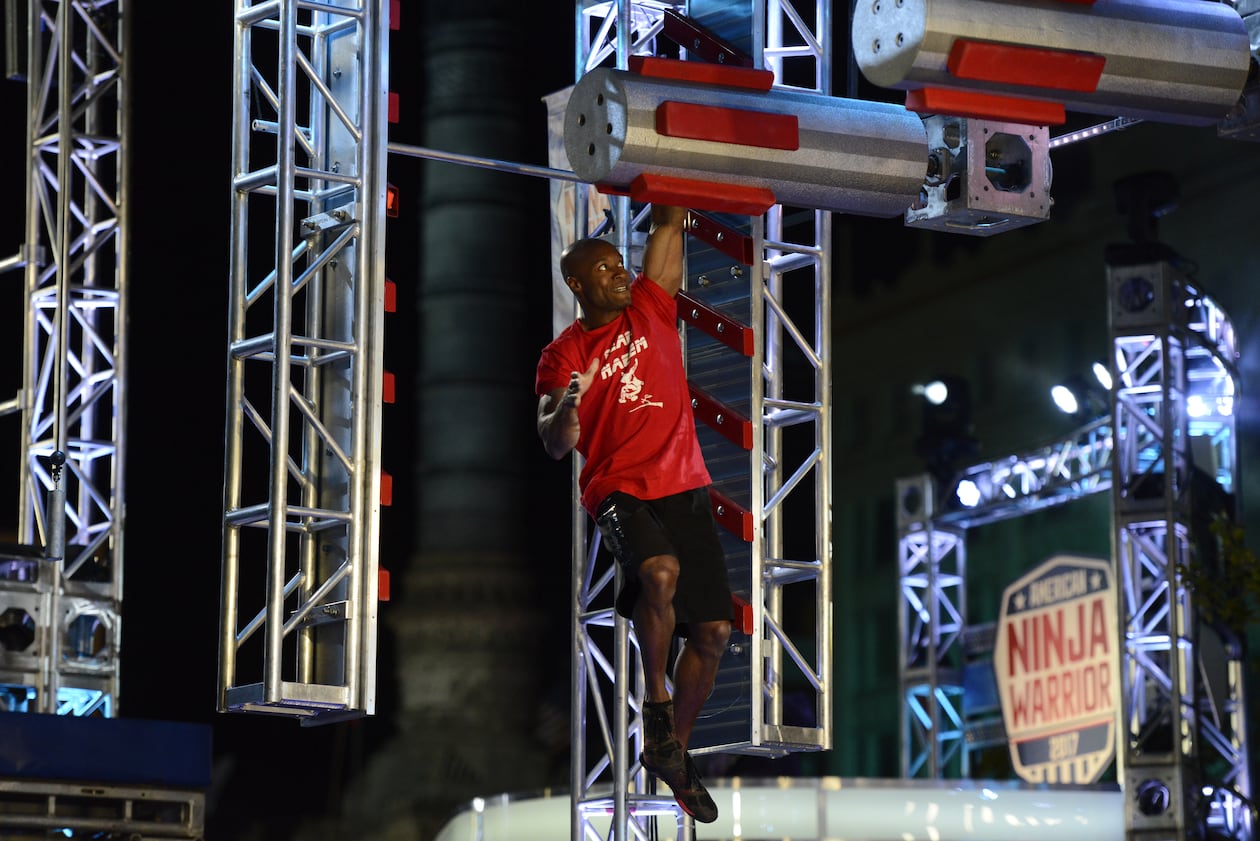 [Naeem Mulkey was losing his grip, but attempted the reach over/around move in the hardest way possible. His left arm is full extended, while he tries the swing his right all the way through and to the top of the clipper.]

Joe's "backward move" to transfer between the ledges was textbook. He created a little momentum, just as you would if you were lache-ing forward, only instead of lache-ing when his body swung backward, he turned and reached out with the hand on the side of his body he turned (Joe turned right and reached right all three times but just as easily could have turned left and reached left). This little momentum move brought his body closer to the next clipper decreasing the amount of time he spent on a single arm.

Just like all the other fan created obstacles this season Nail Clipper was a Ninja Killer.