The Giant Cubes are a very unique City Finals back half obstacle, in that ninjas are not only allowed to use their feet and lower body on the obstacle, but it is encouraged. I think the only other times legs were allowed was for the Clear Climb, Body Prop, and Pole Grasper... I mean yes, there was Cannon Ball Alley in Season 6 which Kevin Bull used his legs to get through but uhhh does that really count?

I've mentioned this before but allowing ninjas to use their legs on the obstacles often allows them a chance to give their arms an "active rest". By supporting even some of their wight with their feet and the ninjas are able to hang for much longer periods as more muscle groups are being taxed. 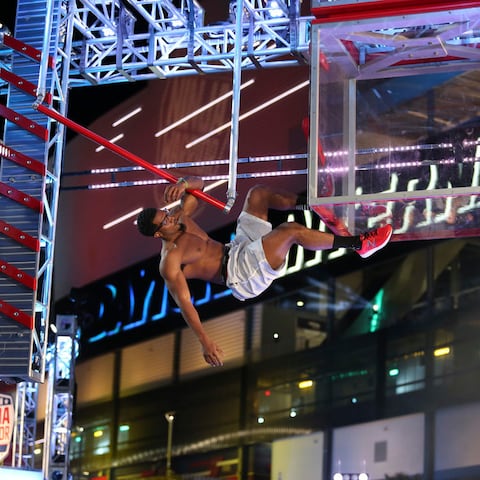 [Michael Johnson demonstrates one of the many places ninjas could get an active rest on the Giant Cubes. He hangs upside down securely locked in place while he shakes some feeling back into his arms.]

The Giant Cubes were the feature of this week's Crashing the course video - along with several awesome American Ninja Warrior Fans. In that video Alex explained the three things which were critical to successfully completing the Giant Cubes: "rock climbing, mental focus, and a little parkour leaping". Mental focus is a key to any obstacle, while these other two are specifically tailored to the two hardest parts of the Giant Cubes.

Rock Climbing refers to the vertical ascent ninjas had to make on the first side of the of the first cube. They were lowered into position by traversing an angled bar, then they reached the first face of the cube which contained 3 cliffhanger ledges (not sure the depth was ever mentioned - I'd guess 2 inches). First and second ledges were relatively low and easy to reach. The second ledge was angled upward with the third being roughly 3 feet above the top of the second ledge. This meant ninjas would really have to contort their bodies to make the big reach to this third ledge. One of the possible techniques would be to shift their weight to one side so their lower body wasn't obstructed by the cube while digging thier heel into the first ledge, basically the same technique I described to beat the I-beam Flip. Then there was the crazy use of the angled bar technique which we saw in Kevin Carbone's run. A super smart way to get the ninjas body high enough to reach the third ledge. 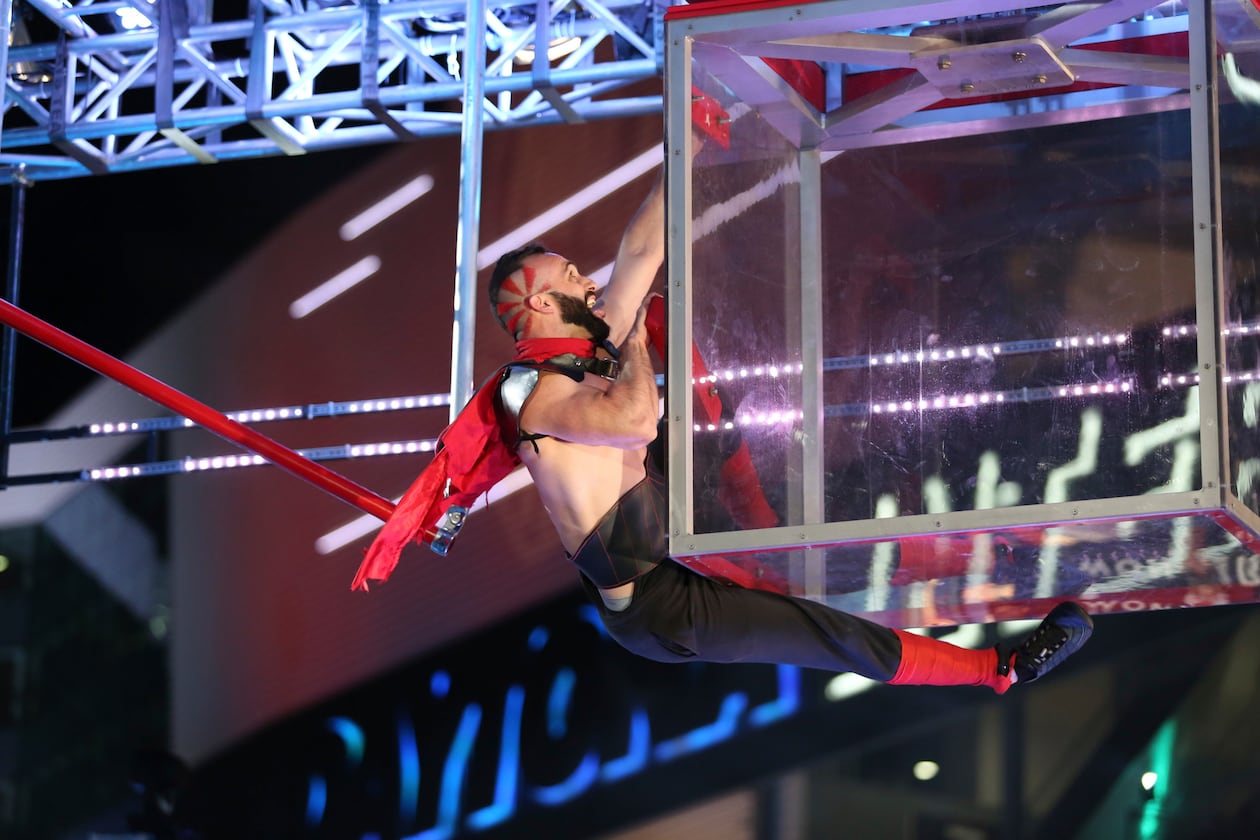 [Reko Rivera, has a right leg flagged, his left heel dug in as he pulls through with all his might to reach the third ledge - breathing on obstacles is important young ninjas and sometimes it helps to let out a scream too.]

Once on the third ledge the ninjas had to make a couple little shimmies across a lipped cliffhanger ledge until they were between the two Giant Cubes. This is where the parkour leaping came into play, unless you're Jessie Graff (she also got up the first side using the I-Beam technique I described) and just reach out an make the static transfer always keeping at least two body parts in contact with the obstacle at all times. Jessie is 5'8" so I'm not sure why this wasn't tried by more of the guys (Drew is not that tall though so that's why he wasn't able to make it, and he was super close). The parkour leap is again super similar to the second part of the I-Beam Flip. Pushing up and outward with the feet while throwing their hands downward onto the ledge should generate the momentum needed to reach the other side. Then a quick 180 degree turn, and if possible making first contact on the second cube with their feet would be ideal. However, it can be really difficult to judge the amount of force needed to push off with if this technique has not been practiced. This was a clear problem for a lot of ninjas who barreled into the second cube way too hard.

The Giant Cubes had a lot of tricky nuances in its design, making it hard on its own. Making it even harder is the fact that it came just a few obstacles after Rolling Thunder and a very arm intensive City Qualifying course. The Circuit board took out 4 of the 8 ninjas who attempted it for a 50% completion percentage, which makes sense as this is another long and physically draining obstacle.

Technically the completion percentage of the Elevator Climb was the lowest in the Daytona City Finals, 25% (1/4) - the same as in the San Antonio City Finals. But only four attempts is a really small sample size. So far for the season, its completion percentage is 42.86% (6/14), which is low, and if it gets any lower I'm sure I'll discuss it in a future Ninja Killer.