The Cleveland City Qualifier was the first course this season not to feature an obstacle submitted as part of last year's obstacle design challenge, which is open again this year! I'm sure was a relief to the Cleveland ninjas because fan creations have been Ninja Killers this season! In some form or fashion they've been mentioned in every one of these pieces so far this season.

The Cleveland ninjas weren't in the clear just yet, instead of a fan created Ninja Killer, they faced the obstacle which was the second most devastating Ninja Killer in the Season 8's City Qualifiers, the I-Beam. Making things even harder for the Cleveland Ninjas what they faced was not the "I-Beam Cross" but instead the I-Beam Gap. This incarnation had all the tricky parts of the I-Beam Cross, narrow ledges, missing pieces, and of course that intense 90 degree flip. The I-Beam's most difficult move requires ninjas who are hanging horizontally (with both their hands and feet engaged) on the underside of a beam (with 2 inch ledges on both sides) to contort their body in such a way that they can shimmy upward, so they end standing on the beam's ledges. 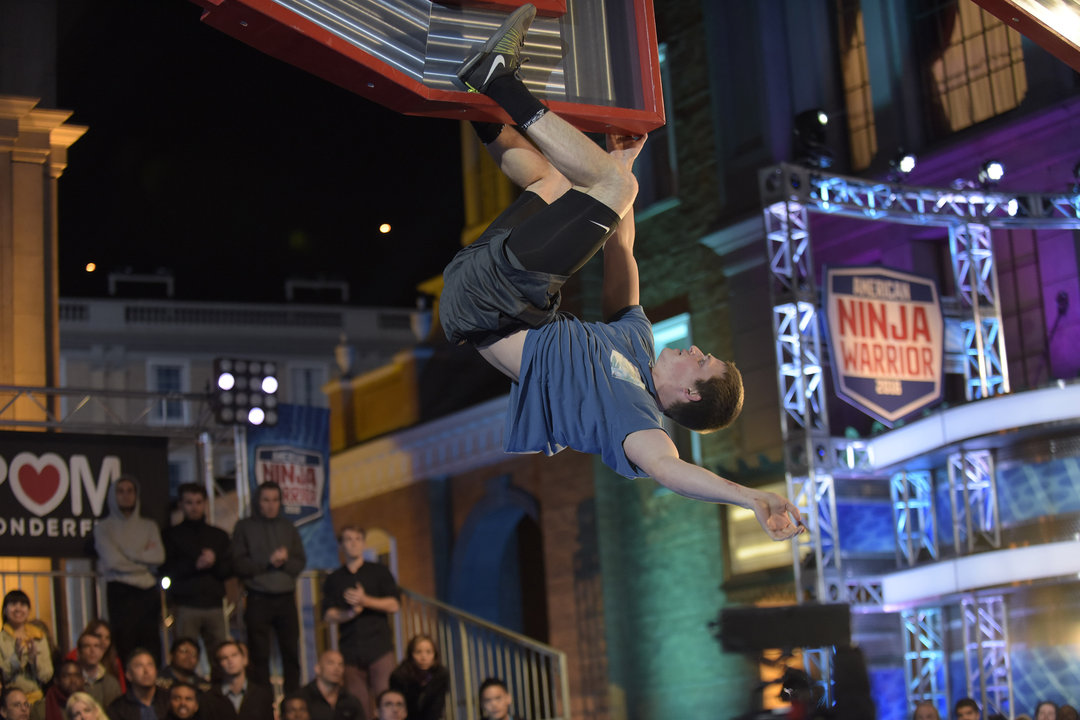 [This is Jackson Meyer on last year's I-Beam Cross, but it demonstrates the relative with which ninjas can get through the horizontal portions of the I-Beam obstacles.]

Most ninjas would be able to horizontally traverse the underside of a beam with two inch ledges on both sides without much problem. Although 2 inches doesn't sound like much, it is plenty for ninjas to wedge their feet in and take a lot of their weight off of their hands. Again, the real tricky part of I-Beam Cross is that 90 degree turn. Pulling straight up doesn't work because the ninjas body's are underneath the beam and they're just pulling them into the beam. However, by pushing one leg into the beam and extending another along the beam ninjas are able to shift their weight, enough to get most of their body past the turn. This was the easiest technique, but even it required a ton of body awareness and strength. Some ninjas simple let their bodies hang, thus they were no longer blocked by the beam, and muscled their way up, climbing hand over hand using the sides of the beam in what were now 2 inch vertical grips, which was possible for some, but also an extremely impressive feat of strength. 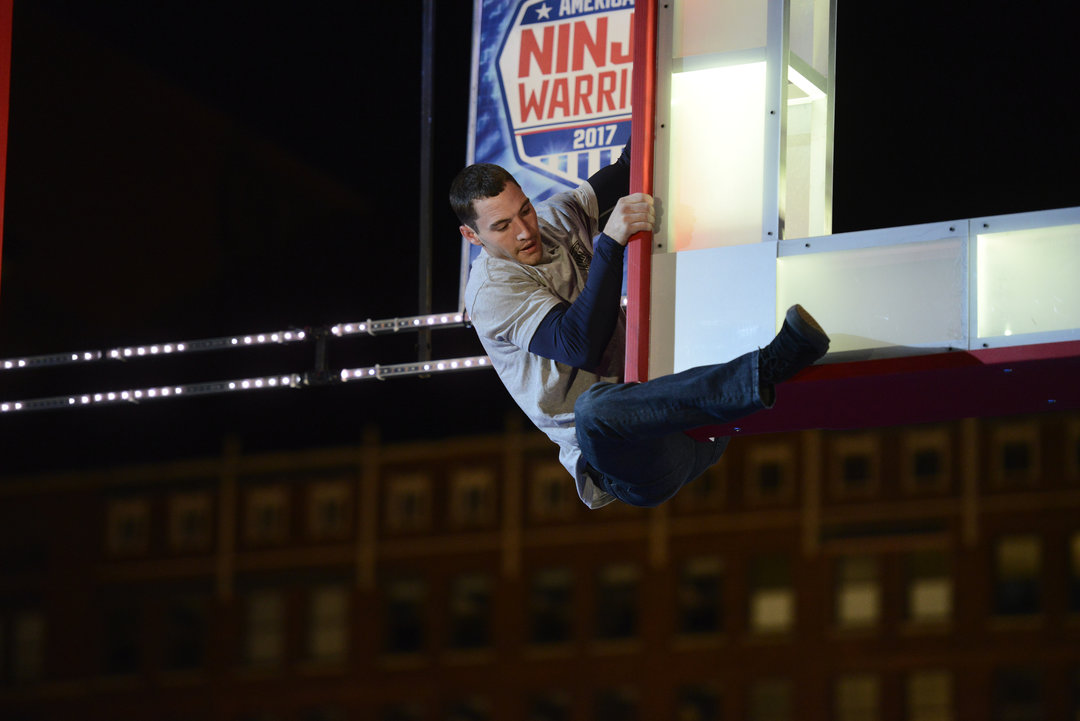 [Judas Licciardello demonstrates text book technique, as he drives his right foot into the beam - what you cant see is his left leg is flagged out, allowing him to shift his body and make the I-Beam's 90 degree turn.]

All that is what ninjas had to do in order to complete the I-Beam Cross. I-Beam Gap ratcheted up the difficulty and included a 6 foot transfer (I'm guessing here, but I don't think it was more than this because James McGrath was able to place one leg on both beams and complete the obstacle without jumping) from one vertical beam with 2 inch ledges on both sides to another. This gap required ninjas to turn 180 degrees in the air and catch the beam on the other side. A scary move that is probably not something they've ever practiced. Those who pushed off with their feet, and made first contact on the second side with their feet, quickly followed by their hands were able to get through this new addition to the old Ninja Killer. 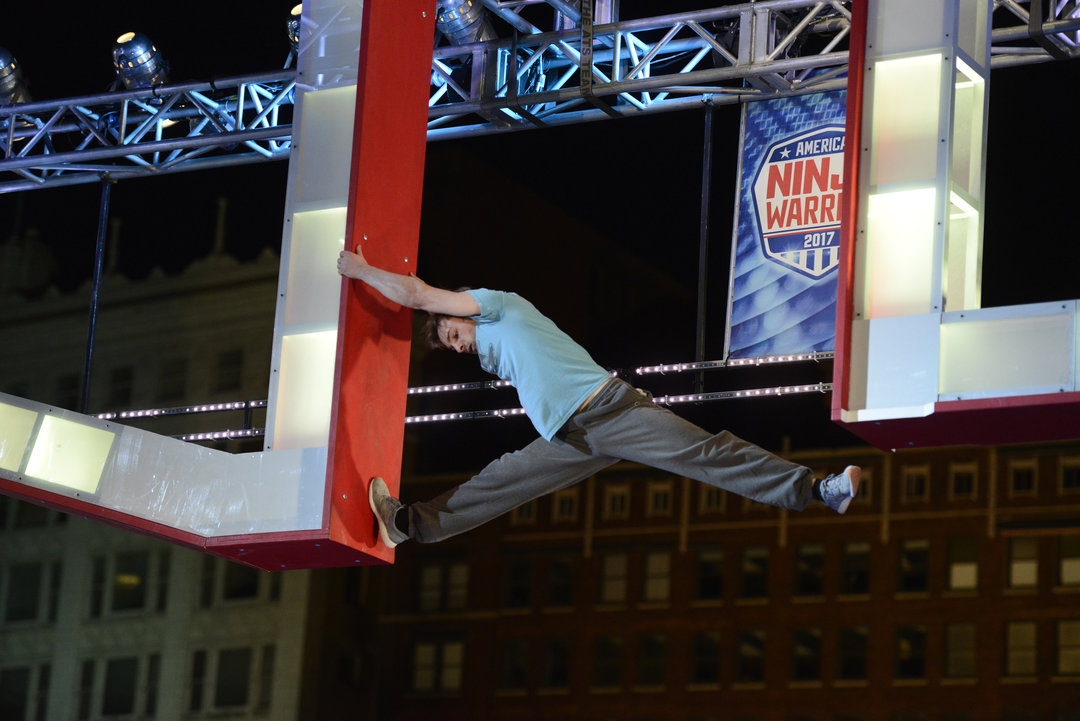 [Sean Noel extends his legs attempting to make the static transfer that James McGrath did, unfortunately his legs weren't long enough and he had to go the with 180 degree jump transfer.] 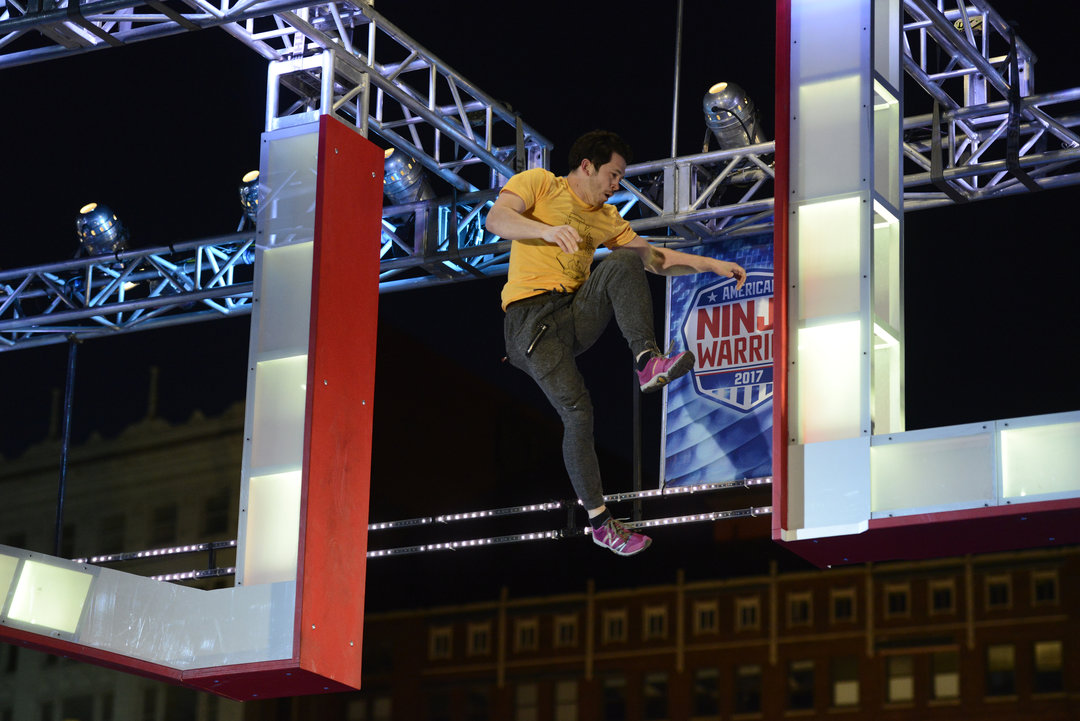 [Mike Meyers really got airborne as he went for the 180 degree transfer between the two vertical beams.]

Ring Jump was also a Ninja Killer eliminating 29 ninjas, according to Nikki Lee's "What you didn't see" article (12 during the episode). Ring Jump made it's debut last year interestingly also in the LA City Qualifier, where it only eliminated 5 ninjas during the episode. On last year's Ring Jump ninjas were given two rings for the ascent, which made things much easier. Instead of having to kip their entire body plus the awkward 5 pound 2.5 foot ring (not 100% on those dimensions) ninjas could simple shift their weight and lift the ring over the pegs. Additionally, the order and placement of the pegs was much different than last year. With Several more large pegs and big gaps on the ninjas climb. 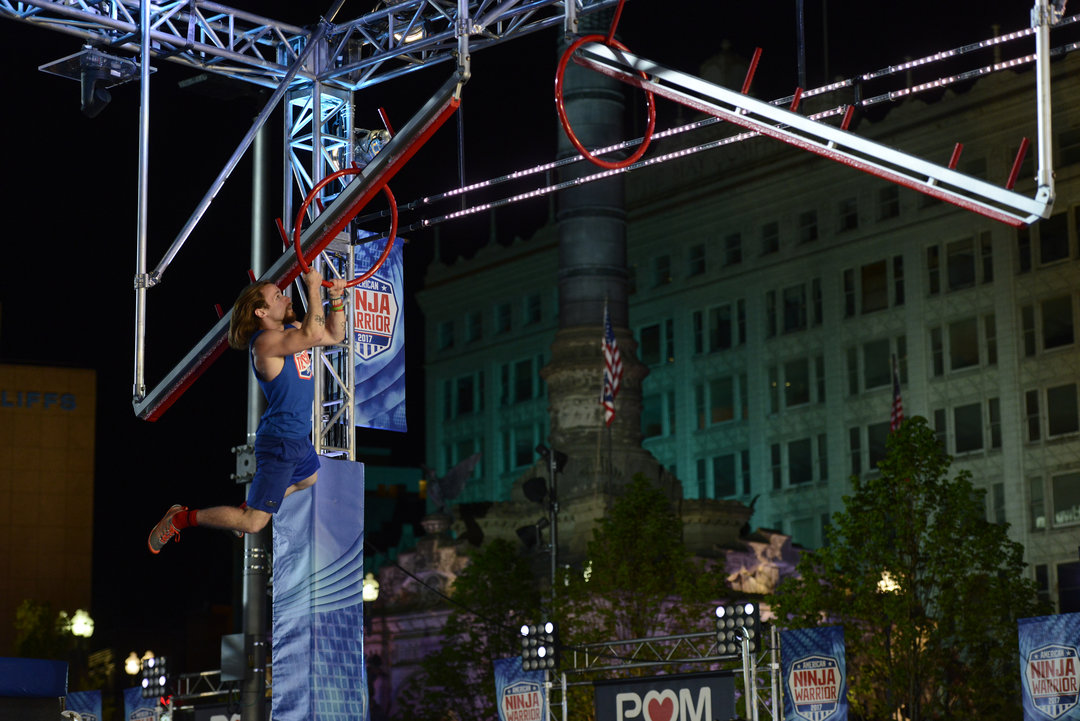 [Danny Adair builds a little swing before generating a big kip to push the ring up Ring Jump. Natalie Duran broke down the kip technique needed in last week's Crashing the Course with Alex Weber]

These changes meant ninjas were spending a lot more time kipping, throwing and ultimately taking a lot more impact as they landed each move on the Ring Jump. These more taxing moves are why Ring Jump went from one of the easier obstacles last season, to the obstacle with the 5th most eliminations this season. The obstacles with more eliminations this season are: Tick Tock - 43, Wingnuts - 40, Crank It Up - 35, and Broken Pipes 33.