Much like last season's Philadelphia City Qualifier, the women stole the show in the Cleveland. Allyssa Beird became the 6th female to scale the Warped Wall in American Ninja Warrior competition, and also became the 5th woman to ever hit a buzzer. Jesse Labreck who paradoxically was the 5th woman to clear the Warped Wall in competition, last year when she did so in the Philadelphia City Finals, became the the 6th woman to hit a buzzer. This is the first time 2 women have ever cleared the same City Qualifier. 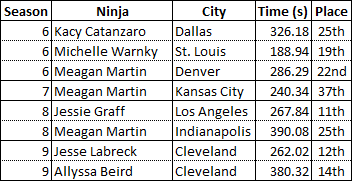 [A table of all the ladies who hit City Qualifying buzzers.]

Not only did Jesse and Allyssa finish the course, they both finished in the top 15! The only woman to finish with better City Qualifying seed was Jessie Graff, when she finished 11th last season in Los Angeles. Also in a somewhat unfair across City Qualifier comparison, Jesses Labreck's 262.02 second finish was the second fastest by a woman ever.

American Ninja Warrior has seen its fair shares of duos through its time. For example, both men who summitted Stage 4 competed alongside their significant others. However, for the first time in the over 3,000 City Qualifier attempts (I have no idea how many couples have competed together), a couple is moving on the to City Finals together. And it's not just one couple, the boyfriends to both female finishers also cleared the Cleveland City Qualifier.

Since this is Stat of the Week, here's some more information on these "Power Couples" the only way I know how, with facts and data. 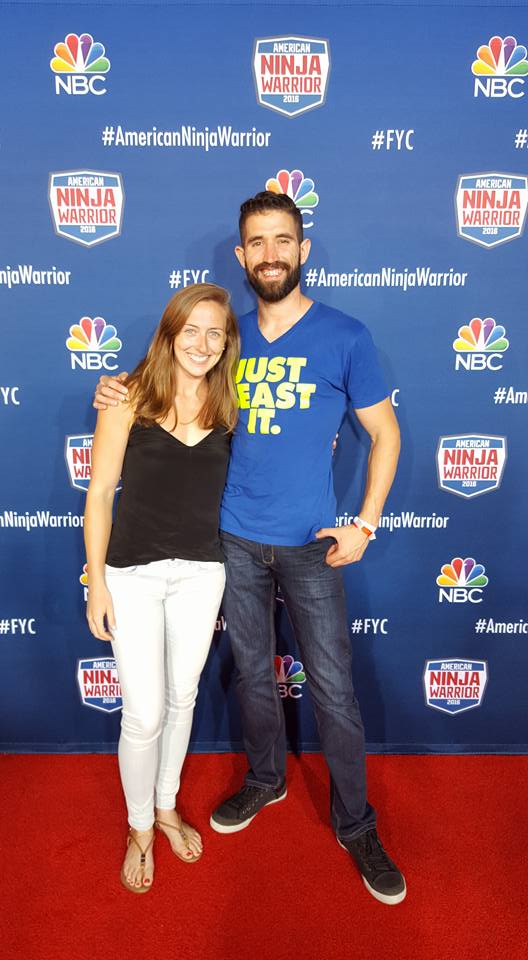 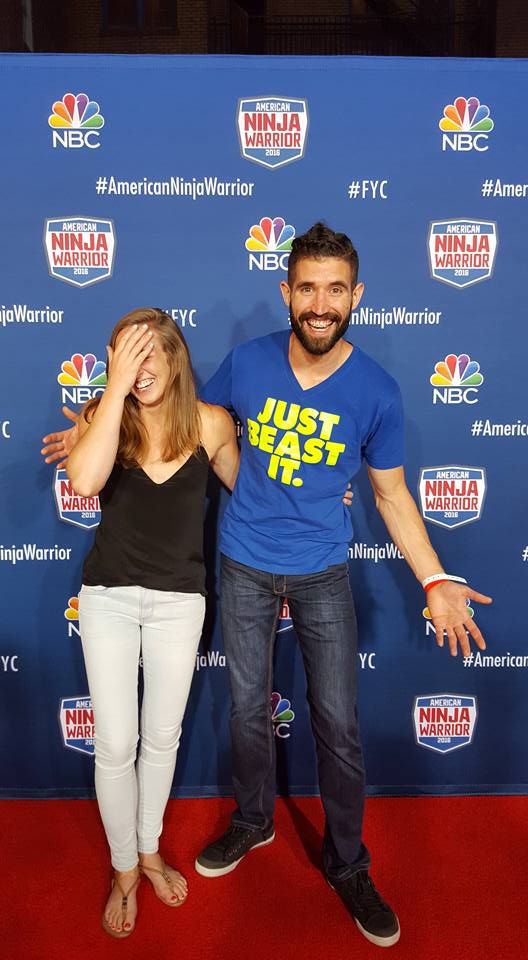 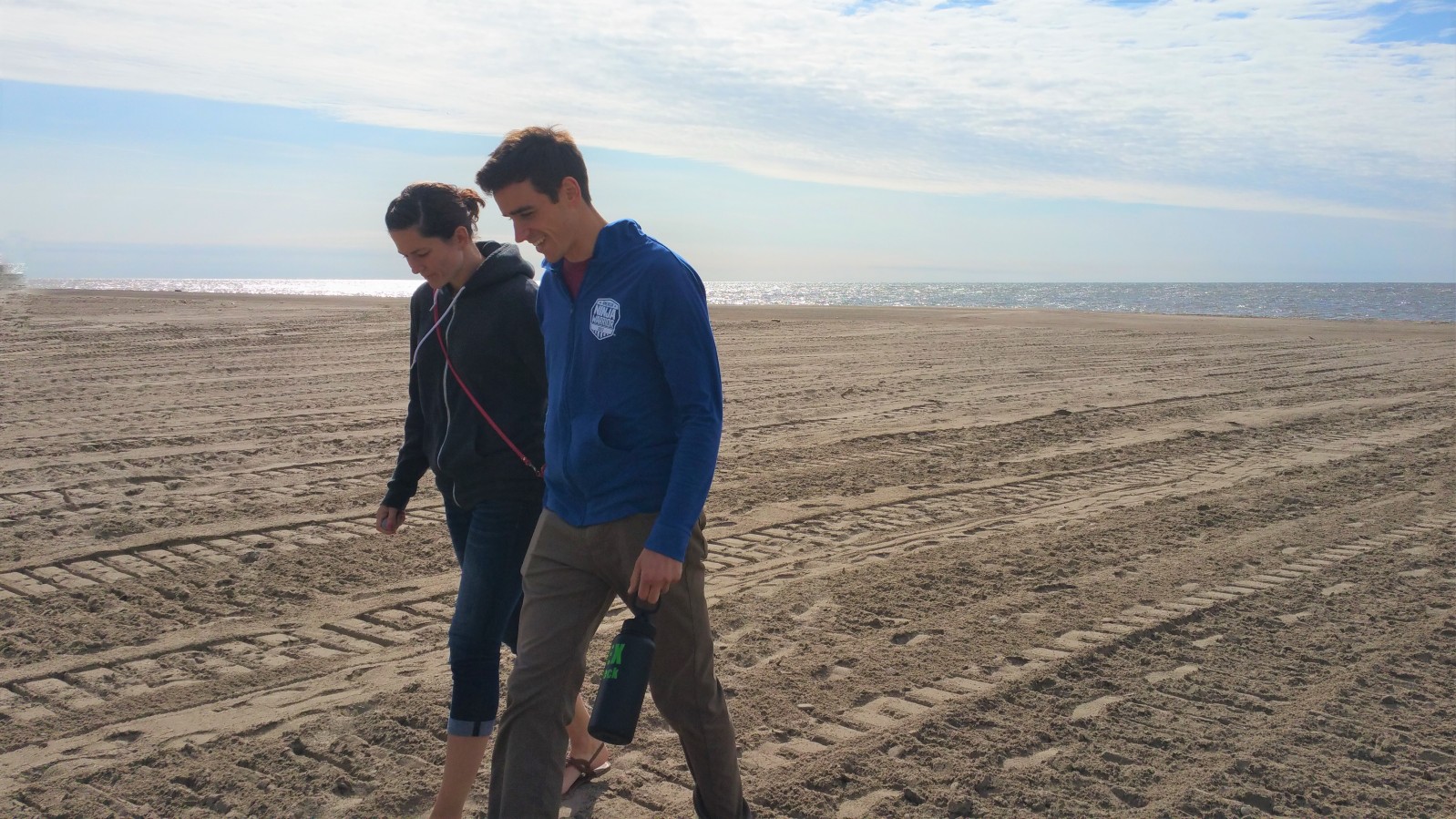 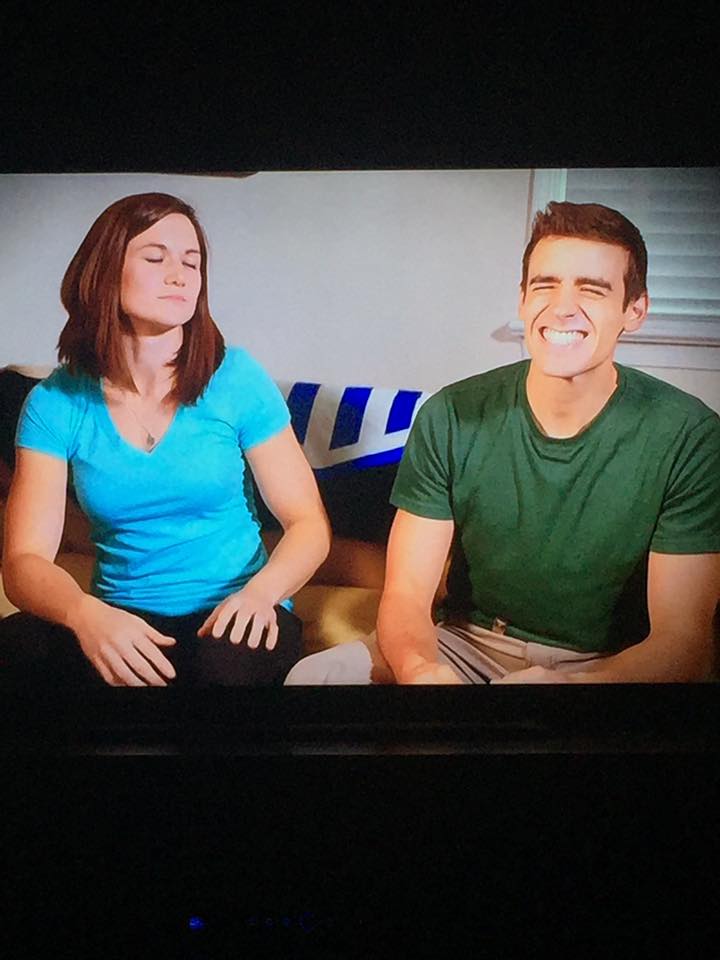