As soon as Kristine Leahy mentioned Rolling Thunder was making its return, I knew what obstacle I would be talking about as this week's Ninja Killer. Last season, Rolling Thunder made its American Ninja Warrior debut in the Philadelphia City Qualifier where it had the second lowest completion percentage of any City Qualifying obstacle ever, 28.13% (9/32). 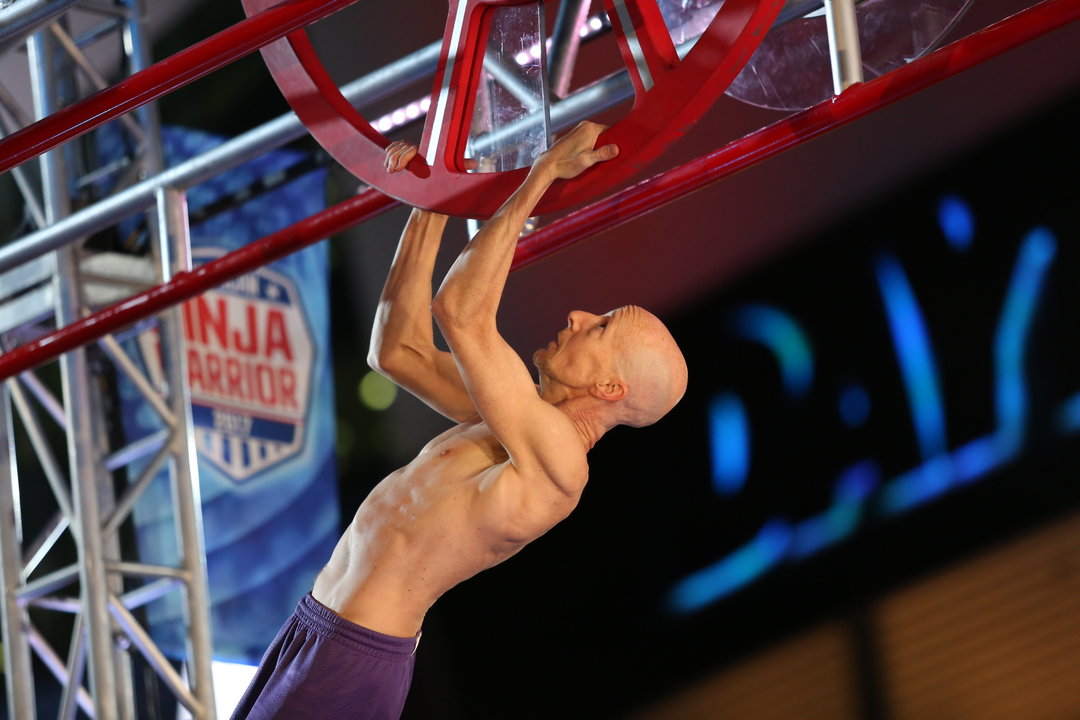 [Bootie Cothran made great progress on Rolling Thunder, despite having to repeatedly move the wheel that likely weighed more than him!] 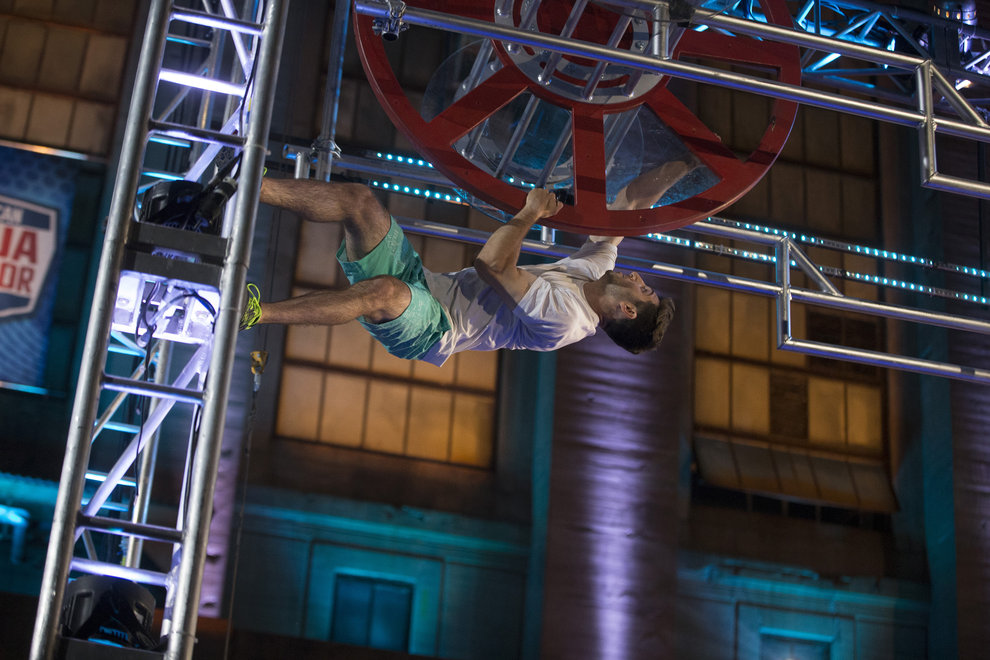 In the Philadelphia City Qualifier, Rolling Thunder had 2 of its 8 spokes completely filled with Plexiglas, requiring ninjas to essentially skip an entire spoke of the 24 foot wheel. Or said differently, they had to make a 3 foot move using only their arms from the the underside of 100+lb obstacle. The Philadelphia City Finals and the Daytona City Qualifying version of Rolling Thunder had 3 spokes half blocked by Plexiglas. This meant ninjas would have to make more large moves, but now the large moves were only 1.5 feet instead of 3 feet. Even the modified version of Rolling Thunder is super tough, in the Philadelphia City Finals (where it faced a stronger city finals field instead of a city qualifying field) it had a completion percentage of 73.91% (17/23).

Before I end I want to point out that if we use the complete results from Nikki Lee's What you didn't see piece, a different obstacle was actually this week's Ninja Killer. When look at all the runs, the Wingnuts eliminated both the most ninjas, 40, and had the lowest completion percentage, 49.37% (39/79). Below is a complete breakdown of the obstacles and their eliminations and completion percentages for all 115 competitors:

The Wingnuts are difficult because they require a lateral lache. Laches are common place in American Ninja Warrior, but lateral laches are not. Previously, any lateral movement such as the Cliffhanger, Monkey Pegs, or Ring Toss has been able to be completed using "static movements". Static movements are where the athlete reaches out to the next move while still having a grip on the previous hold. These laches are "dynamic moves", which have the ninjas releasing with both hands before grabbing the next hold. Dynamic moves like these side laches require much more body control and awareness than static moves, increasing their difficulty. 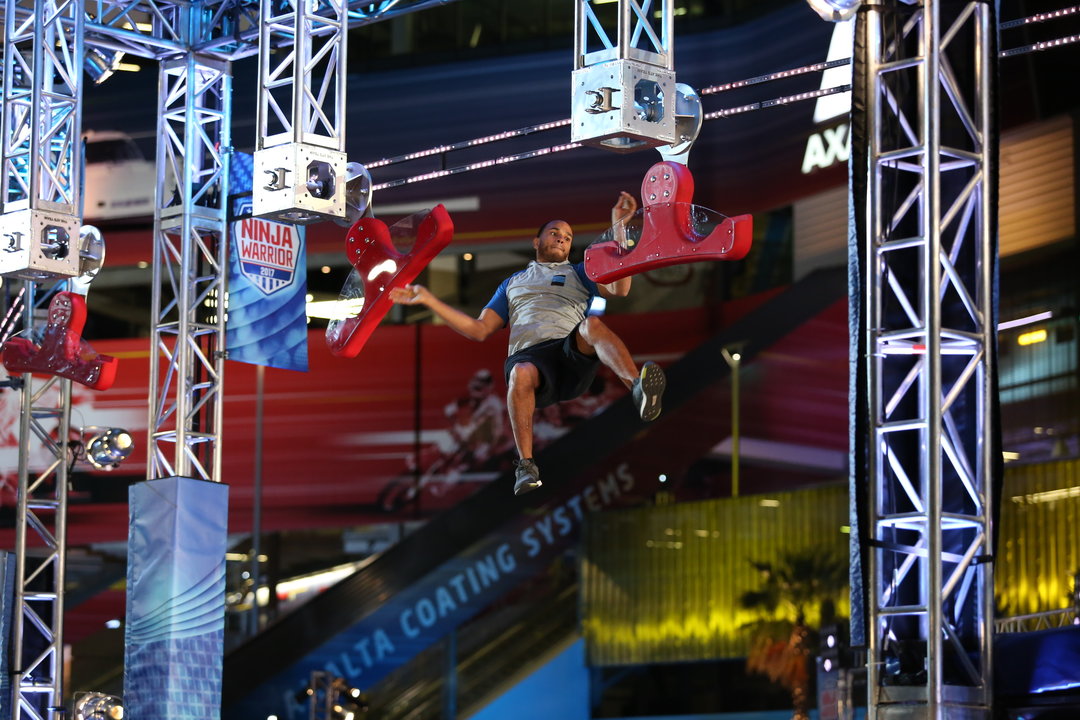 [Oscar Ramirez mid flight as he attempts to make the lateral lache from the second to the third "Wingnut".]

Another interesting difference between the lateral moves on the Wingnuts than any previous lateral moves on American Ninja Warrior are the direction the athletes are going. Previously all lateral movements have gone from left to right, so ninjas were leading with their right hand. On the Wingnuts however, ninjas were going from right to left, leading with their left hand. A minor difference sure, but from talking to competitors who faced the Wingnuts it did make things a little more difficult. For a breakdown on how to warm up for an obstacle like the Wingnuts, check out Alex Weber Crashing the Course with Jake Murray.