American Ninja Warrior is back!!! With the return of the show means the return of my weekly in depth statistical analyses of what we just saw. This is Ninja Killer, where I take a deeper look at the week's most devastating obstacle. Analyzing why it was so difficult, and how it stacks up to some of the other most difficult obstacles in the show's past.

For Season 9 we start in California (like we always do) with the Los Angeles City Qualifier. This year's course featured 4 returning obstacles:

Although both Cannonball Drop and Battering Ram are new obstacles this season, there is one thing that Cannonball Drop shares with the other four obstacles that Battering Ram does not. They were all conceived by the producers. Battering Ram on the other hand, was a fan submission. Last year American Ninja Warrior started their obstacle design challenge where fans could submit their own designs for a chance to see their creations come to life the following season. Battering Ram is one of six fan created obstacles will see this season, and if it is any indication of what's to come, the ninjas have their work cut out for them.

Battering Ram is an extremely challenging obstacle obstacles in large part due to its sheer awkwardness. Ninjas must use a mini trampoline (which can be a tricky proposition on its own) to mount the first cylindrical slider. The slider is too thick to be pinched within a closed fist like a traditional bar or ring, and instead the ninjas basically had to rest their hands on top of the obstacle. This false grip is often uncomfortable as it puts the pressure of the competitors body weight at the intersection between their wrist and their forearm. 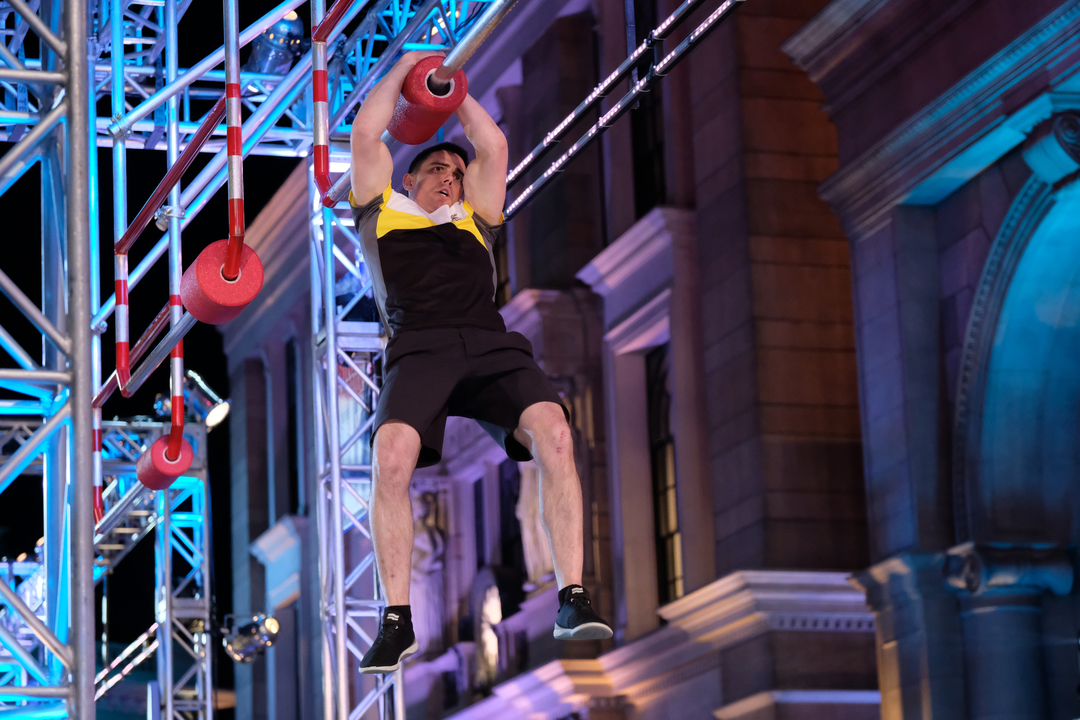 [Sean Bryan was one of the 25 ninjas who were able to navigate hop and wiggle their way though the Battering Ram in the LA City Qualifier.]

While some ninjas even struggled the hold the onto the first slider, the real difficulty in the this obstacle was in the transition to the second slider. After wiggling their way to the end of the first section (it was never said how far it was but my guess is about 6 feet) the ninjas had to lache upwards 6 inches and grab onto an even thicker slider, making the false grip even harder. The lache's horizontal forward and horizontal distances were short, probably less than a foot in either direction, but it requires a ton of body control to propel oneself upwards in any distance from a false grip. From there, some more wiggling was required (again I'd guess 6 feet), followed by another smaller lache (still guessing here but I'll say 3 inches up) to a smaller slider. Then, one last round of wiggling the slider to the end of its section (probably 6 more feet) before a dismount.

22% (11/50) of all the ninjas aired/annotated (for anyone new to my pieces - this clause describes runs shown during the episode as well as the results shown at end of the episode that explain who is moving on to the next round) in this episode were eliminated by the Battering Ram. Of the aired/annotated ninjas who reached the obstacle only 69.44% (25/36) were able to complete it.

[This table shows the breakdowns how many and what percentage of ninjas fell on each obstacle, using Nikki Lee's data. % total takes the number of ninjas who got a given result divided by the total number of ninjas aired/annotated. Completion percentage is calculated by taking 1-(Results/Attempts).]

In the Seasons 7 and 8 only four obstacles (one did so in consecutive seasons) eliminated a higher percentage of the aired/annotated ninjas in their city qualifying episodes. In Season 7: LA's Hour Glass Drop, Houston's Swinging Spikes, and the Military region's I-Beam Cross. In Season 8: LA's I-Beam Cross, and Philadelphia's Rolling Thunder.

If you're looking for a little more info on a closely related topic City Qualifier's 5th obstacles was the focus of this week's Stat of the Week.

I can't wait to see how the other 5 fan created obstacles compare to the Battering Ram and the rest of the obstacles in American Ninja Warrior history.