Behind the scenes at the American Ninja Warrior National Finals screening

The rough and tumble Ninjas got all glammed up for the event.

Share All sharing options for: Behind the scenes at the American Ninja Warrior National Finals screening

It was an exciting night at Universal Studios Hollywood! All of our favorite American Ninja Warriors came out for a fancy screening of the first Season 8 National Finals episode. It was a chance for them to kick back, relax, and really take in all the work they did this season.

We were lucky enough to crash the red carpet! We brought you a lot of it in our Facebook Live Stream, but here's the rundown!

The Ninjas got some major face time with big press outlets. But it was adorable to see how excited they were just to celebrate with each other!

Kacy Catanzaro was a selfie-machine, snapping up all the Ninjas she could! 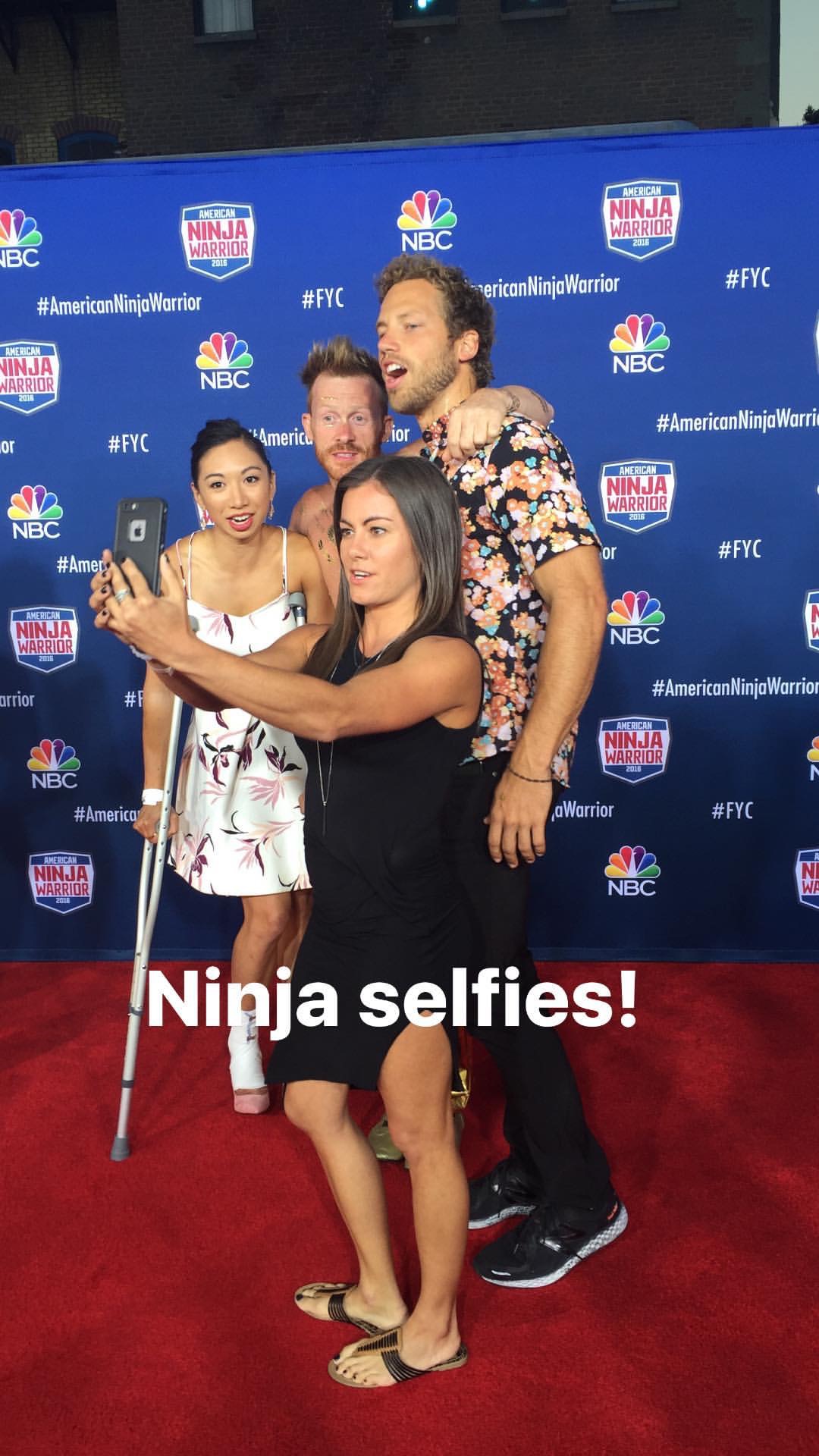 It was an incredible chance for Ninja fans for get up close and personal. Flip Rodriguez was loving the little Ninjas! Given half a chance, the Ninjas were always willing to get silly. Ryan Stratis, Alex Weber and Jake Murray weren't taking themselves too seriously. Which resulted in this gem of a picture.

Speaking of Ryan Stratis, his mother was very concerned with his whereabouts.

So once we spotted Ryan, we made sure he had been telling his mom the truth.

.@Straticus' mom was concerned about his tardiness at the screening party. We made him explain his absence. pic.twitter.com/gM6eNG8cLk

Ninja Nick Hanson came all the way from Alaska for this!

Ninja Natalie Duran had injured herself only that afternoon. But a silly sprained ankle wouldn't keep her off the carper.

It was an amazing night full of too many Ninjas to count! Be sure you check out the first National Finals episode on Monday, August 22 at 8/7c. It's going to be a doozie!

This is Ninja overload!!! Tag your favs if you see them in this video! #AmericanNinjaWarrior #EmmyNominee pic.twitter.com/qeg4DtCj1y