As a refresher, the Oklahoma City qualifier featured the second fewest clears this season, 15 (only behind Philadelphia's 9). In qualifying no one obstacle stood out as the definitive Ninja Killer. The Log Runner felled 10 ninjas, the Tire Swing eliminated 11, and the Bar Hop was just behind, taking out 9.

Like every other city so far, 3 city qualifying obstacles received minor adjustments (although this time we didn't have the benefit of Kristine explaining what they were):

Much like in qualifying the distribution of where ninjas fell was pretty even across all the obstacles. Five different obstacles took out at least 4 ninjas: Salmon Ladder - 4, Bungee Road - 4, Bar Hop - 5, Window Hang - 5, and Log Runner - 7).

By definition, the Ninja Killer is the obstacle which eliminates the most ninjas. That was the Log Runner. The notorious balance/agility obstacle from last year's military region returned with a vengeance and eliminated 7 of the 28 ninjas who attempted it. This is the most ninjas ever taken out by the third obstacle on a city finals course!

Interestingly, last year in the military finals (when contacting the logs with your upper body was forbidden) not a single ninja was taken out by the Log Runner, despite claiming 7 victims during the military qualifier. 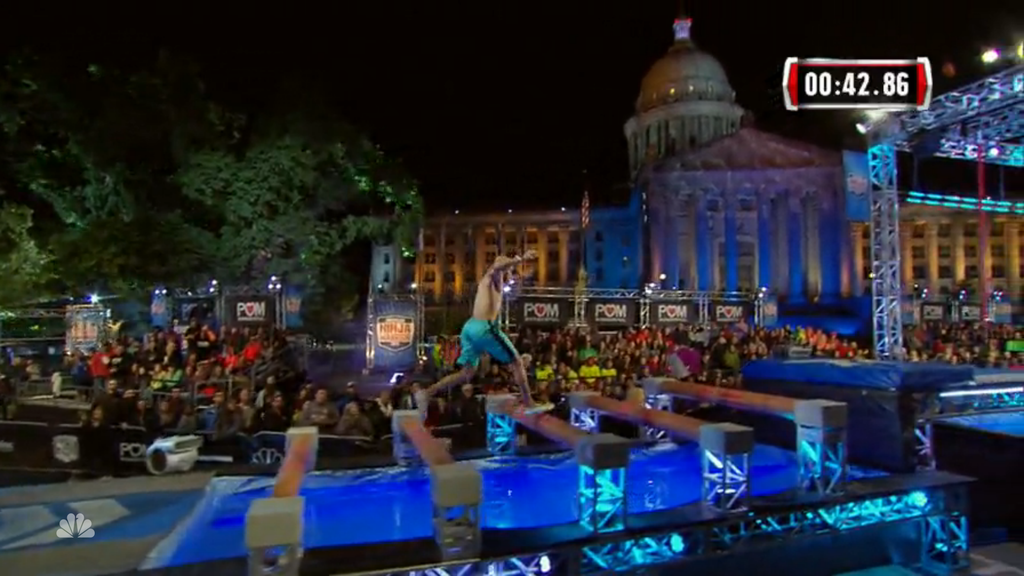 During the OKC city qualifier I broke down why the Log Runner was so tricky with the help of Alex Weber's Crashing the course video. Yet, all the ninjas in Monday's city final completed the Log Runner in qualifying, which truly shows any obstacle can take out any ninja.

The Oklahoma City finals course featured a another merciless obstacle with a much lower completion percentage, Window Hang. This new obstacle had just a 37.5% (3/8) completion rate. Although it only took out 5 ninjas, the Widow Hang showed it was no joke. In fact, 37.5% is the 6th lowest completion rate of any city finals obstacle in the show's history.

[A table of the most difficult obstacles in city final history.]

Luckily we again have the aide of Alex Weber's Crashing the Course video to help explain why the Window Hang was so daunting. The 5 "window" ledges were placed at seemingly random locations and heights above the dreaded water below, while being spaced anywhere from 3 to 5 feet apart.

That's a pretty small gap for city finals caliber ninjas, but not when their entire bodies are supported on small ledges ranging between 1.5 and 2.5 inches! 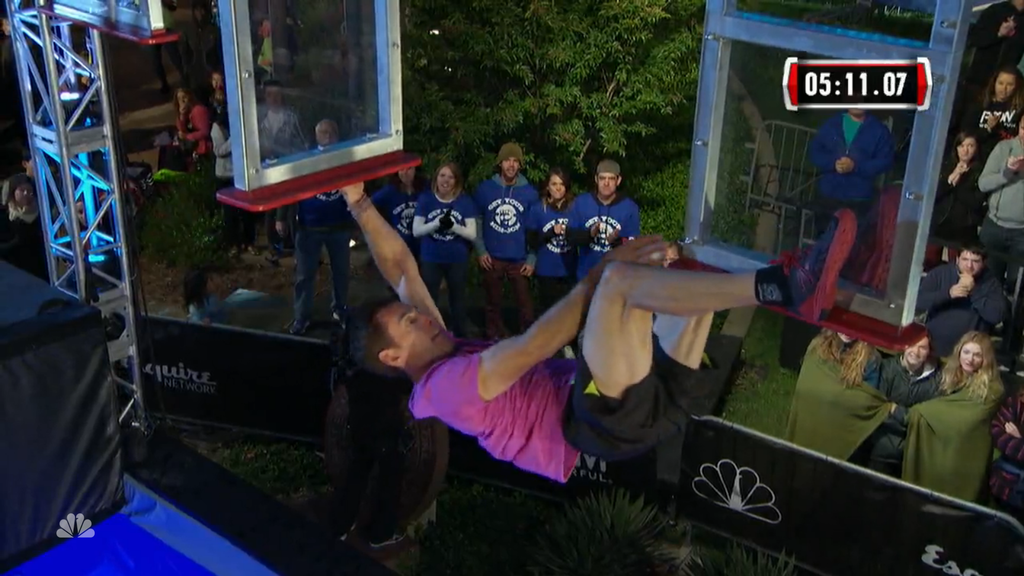 [Jon Stewart struggles to make the next move on the Window Hang.]

While Alex and ATS crew emphasized the importance of lower body, Grant Clinton and Daniel Gil basically laughed in the face of this treacherous obstacle and breezed through it without even using their feet!

Between the Log Runner and the Window Hang the Oklahoma City Qualifier featured some truly devastating Ninja Killers.