The Indianapolis city qualifier was one of the most intense emotional roller coaster rides ever encompassed into a two hour show. (Here's my attempt to look at that experience from a numbers perspective). In the end 25 ninjas were able to complete the course (the second most this season) including Meagan Martin, who extended her own record streak and completed her third straight city qualifying course!

So far this season, each course has seen three minor adjustments to city qualifying obstacles making the front half of the city finals even more difficult.

Monday, we were reintroduced to the most deadly Ninja Killer from Season 7, Hourglass Drop. Hourglass Drop took out 26 ninjas in Venice qualifier last season, and another 11 during the Venice city finals. In the Venice qualifier only 7 ninjas were able to complete it (21% completion rate), and again, only 10 were able to do so in the city finals (47.6% completion rate). 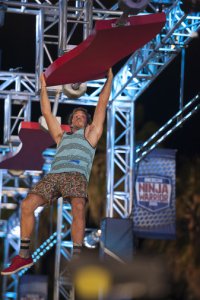 [Grant McCartney on the Season 7 version of The Hourglass Drop.]

This is the first time an obstacle has appeared on the back half of a city finals course after previously appearing as a front half/city qualifying obstacle. Despite this, the Hourglass Drop was still Monday's Ninja Killer.

It had a completion rate of 50% (8/16). Which is slightly better than how ninjas fared during the Venice city finals, but still one of the more brutal Ninja Killer's this season. 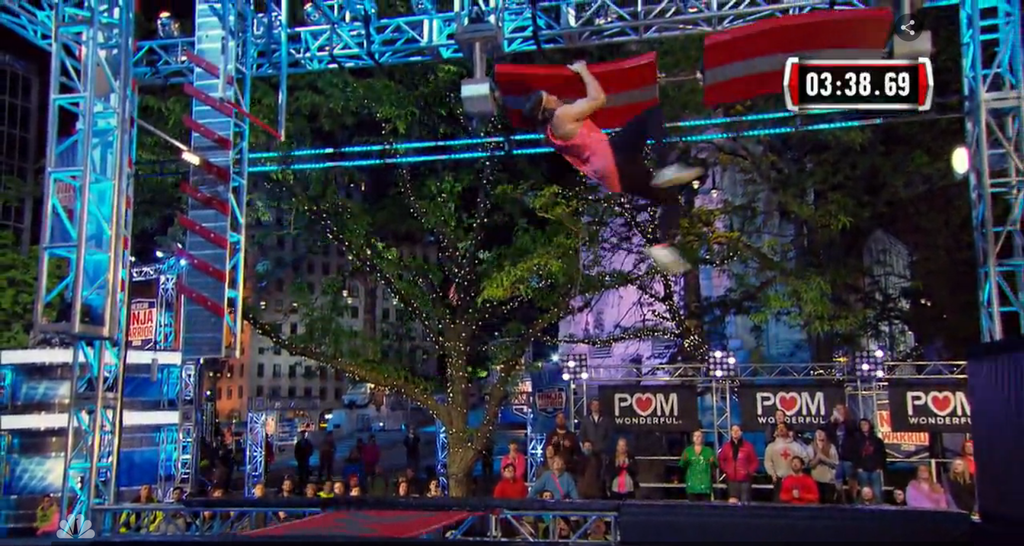 [Jake Murray gets up close and personal with the Season 8 Hourglass Drop, notice how it goes bar, to trampoline, then two "hourglass wedges".]

Instead of jumping directly to the first hourglass, ninjas had to drop 11 feet down from a bar onto a trampoline and then use their bounce catch the hourglass. From there ninjas had to traverse two wobbling wedges from below, making a small transfer between the two. 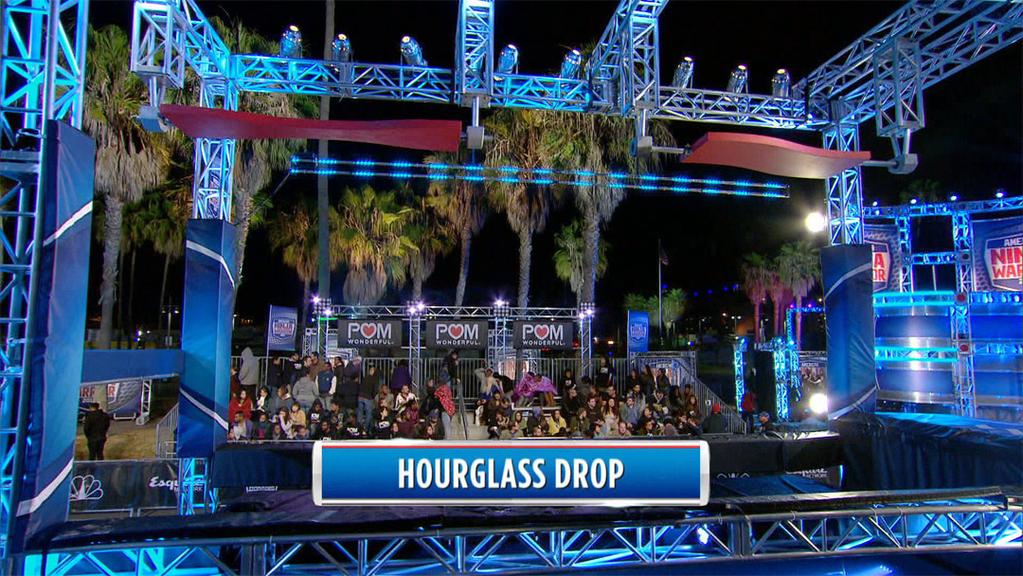 [The Season 7 Hourglass Drop, beneath the words is the trampoline required to get to the next hanging wedge, notice how ninjas start on the first "hourglass", then use the trampoline in the middle to reach the next.]

Whereas last year ninjas started by jumping to the first wedge, traversing to the end of it, then dropping down to a trampoline, and back up to catch the next wedge. Lastly, while we're on the technical changes, this year's "Hourglass Drop" is no longer hourglass shaped, it was really more of a wave.

Still, wide, well-timed hand placement, trampoline precision, hand-eye coordination, and of course, the ability to shimmy yourself across an unstable wedge while hanging beneath it were all required to beat this tricky obstacle.

No wonder this obstacle has given so many ninjas nightmares during the past two seasons!