Here's a quick reminder of some of the course stats from the Los Angeles city qualifier:

Now basically forget all those numbers I just told you because half (3/6) of the city qualifier obstacles received modifications that made them even more difficult! 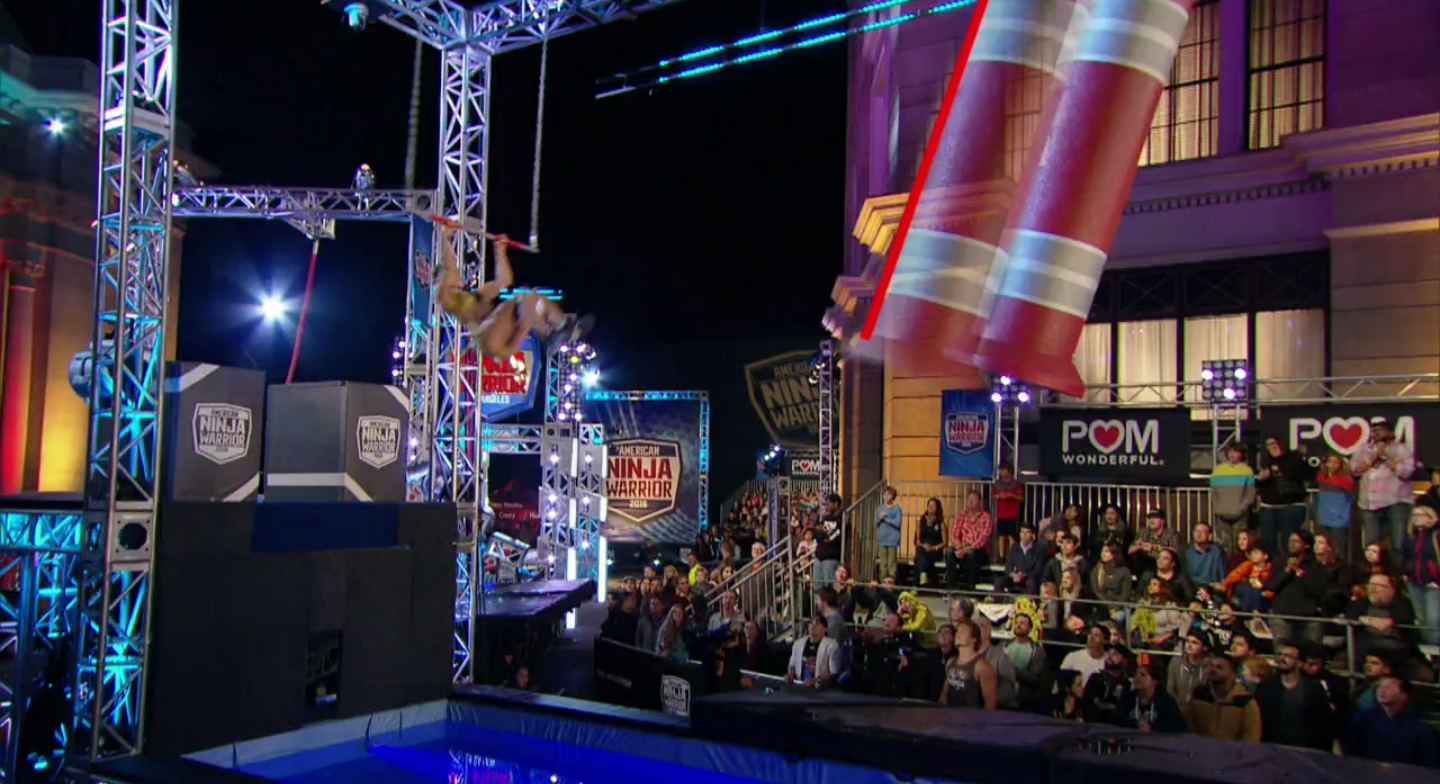 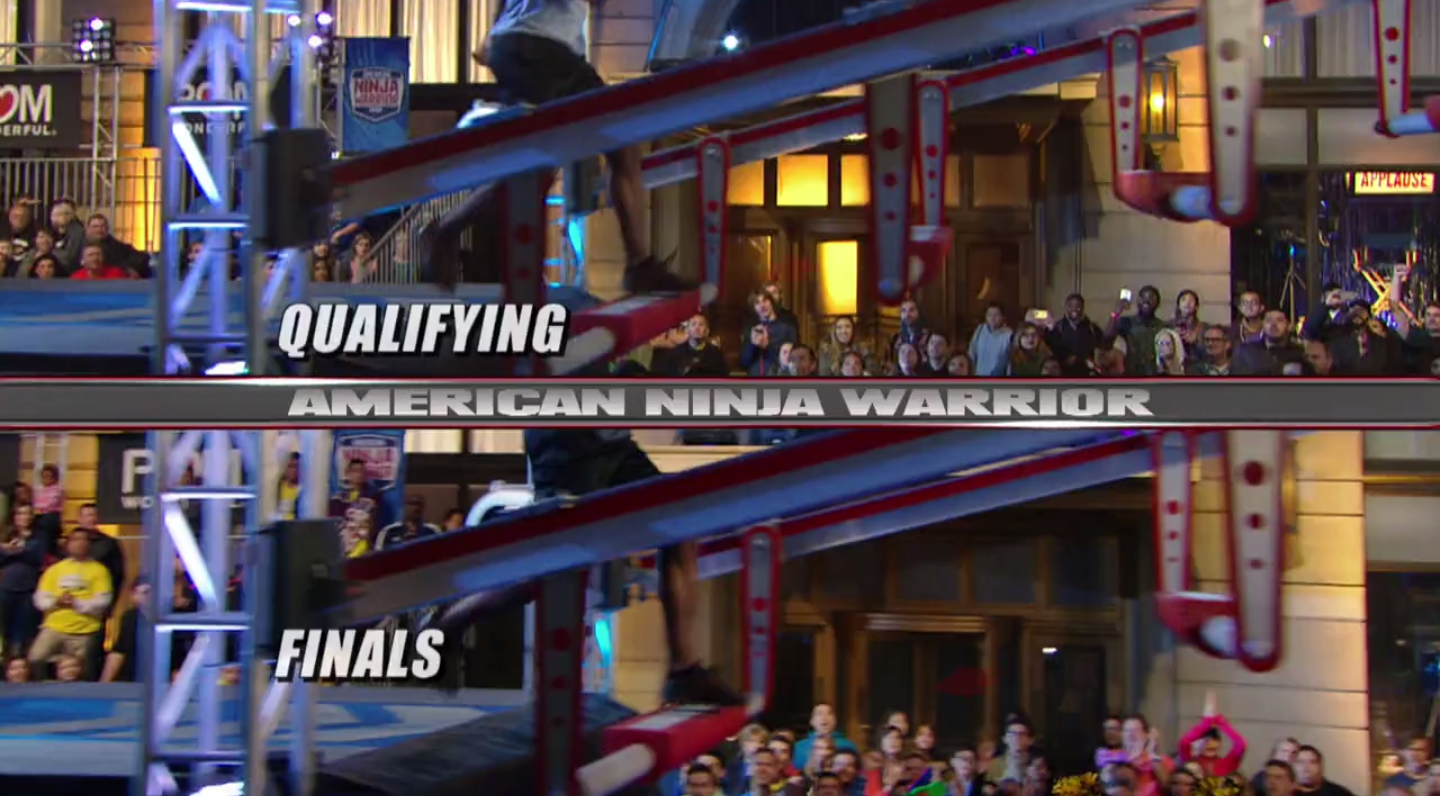 These changes were no joke, they kept American Ninja Warrior staples Brian Kretsch and Alan Connealy from even reaching the "back-half" of the course.

Once ninjas did reach the back-half they were faced with one of the most difficult city finals obstacles in the history of the show, The Wedge. The Wedge had a completion rate of just 11.11% (2/18). The second lowest ever, and we have to go all the way back to the city finals in season 3 when only Ryan Stratis was the only ninja able to complete the Unstable Bridge, resulting in a completion rate of 7.14% (1/14).

For comparison, the most difficult city finals obstacle last season was the Body Prop 18.75% completions (3/16) and in Season 6 it was Cannonball Alley 20% completions (4/20).

[Table depicts the most difficult city finals obstacle in each season, sorted by lowest completion percentage.]

So what made The Wedge so difficult, aside from the even more taxing city qualifying obstacles? For that we're going to use the numbers from Alex Weber's Crashing the course video.

Ninjas were required to hop the 52inch, lacrosse ball flanked bar 10ft between two angled walls. For Josh Levin this meant 6 large hops, and 5 small adjustment hops. Several ninjas were actually able to hop the bar all the way to the end of the walls, yet they still failed to complete the obstacle because at the end it required an 8ft lache.

An 8ft lache is usually quite reasonable for city finals caliber ninjas, but it wasn't as easy because those lacrosse ball cause the bar to spin. Put this all together and you have one of the most devastating Ninja Killers of all time! 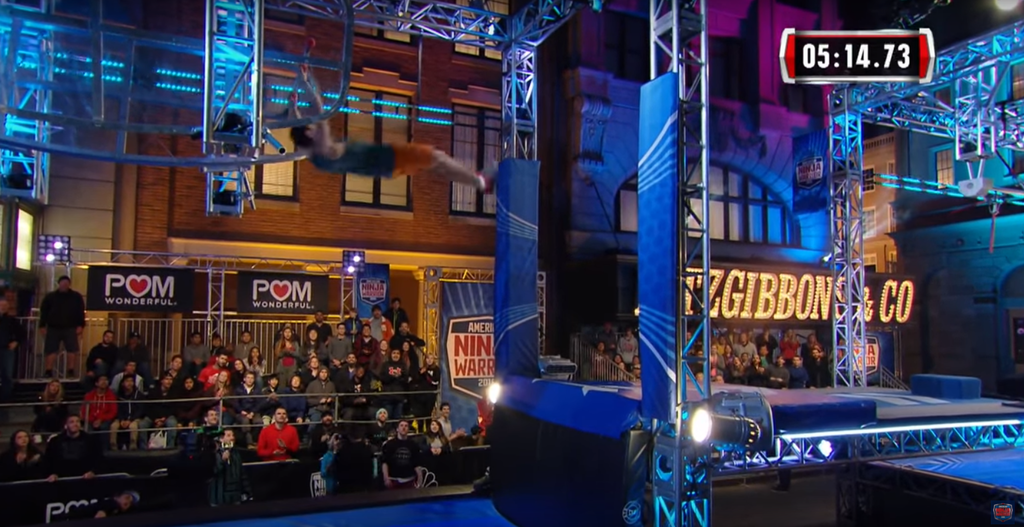 Josh Levin gets nearly horizontal to make the 8ft lache off of The Wedge.