There are countless ninjas who we love: Kacy Catanzaro, Jessie Graff, Meagan Martin, every girl from the season 8 Philly Finals, Joe Moravsky, Daniel Gil, Drew Drechsel, Brent Steffensen. The list goes on. But one might wonder, "How do you become one of those ninja greats?"

That is the journey that I am on.

It started with American Ninja Warrior season 6 when Mighty Kacy scaled that wall, making history. I thought to myself, "We are about the same height and weight, if she can do it, so can I!" Never mind the fact that I was not a gymnast my whole life, or any type of athlete my whole life. With minimal athletic experience and just an instant love for the show, the decision was made: I am going to compete on American Ninja Warrior.

The show is more than just talented athletes striving to beat their personal bests and conquer the course. The mentality of this community, the camaraderie, and the familial bond we have developed truly makes American Ninja Warrior a way of life.

After watching Mighty Kacy and beginning my journey with that first visit to my local ninja gym in the summer of 2014, competing on ANW became not only an athletic goal, but also something that unexpectedly captured my heart.

After falling in love with what this community stands for during the 2 years of training & experience I now have under my belt, not competing on American Ninja Warrior isn’t an option.

As I prepare to (hopefully) return to season 9 as a veteran, I am reflecting on my ninja journey, what it has taken thus far, and what it will take to reach new heights. A new season, a new submission video, one goal: Get my second consecutive call back. 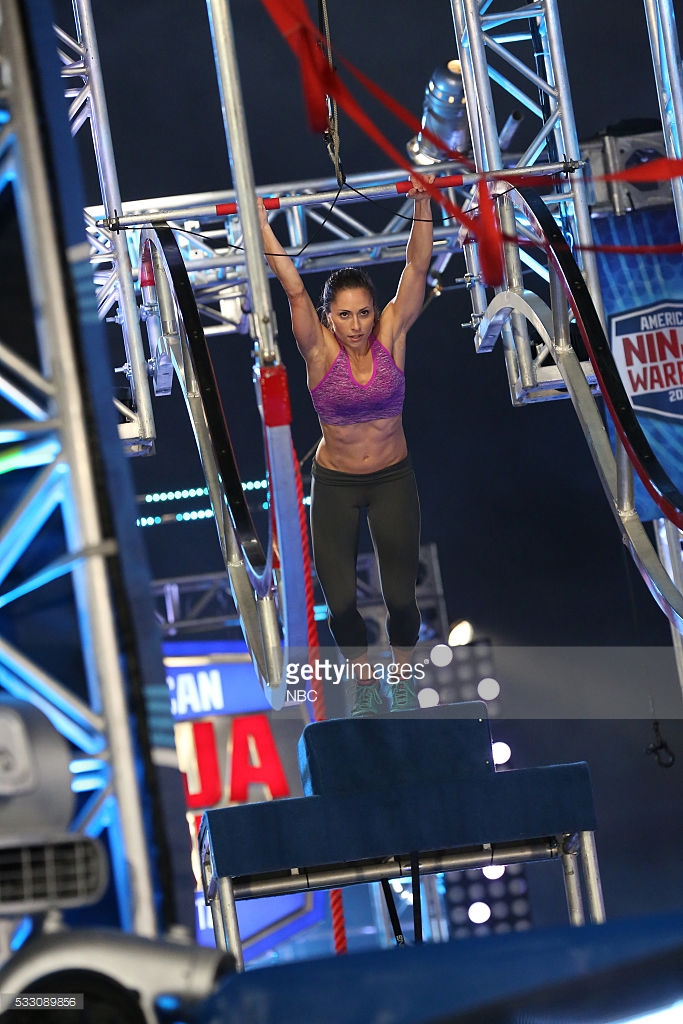 On the Big Dipper during my run in Atlanta.

After submitting a video for season 7 and not getting a call back, I attempted the walk-on line in Orlando. That experience was surreal. The eight months of training I had put in beforehand helped prepare me physically for the course, but there is no way to train the mind for such a life-changing experience.

Although I did not get the chance to run the course, the ninjas I did meet (that I was watching on TV merely a few months before) became my friends. I have never set such a high goal for myself, let alone come so close to it coming to fruition. After testing the course the day after the Qualifying round, there was a shift that took place within me. A spark ignited that I never knew I had. Upon returning home to Tampa, the goal was simple, yet complicated: Get the call back for season 8. 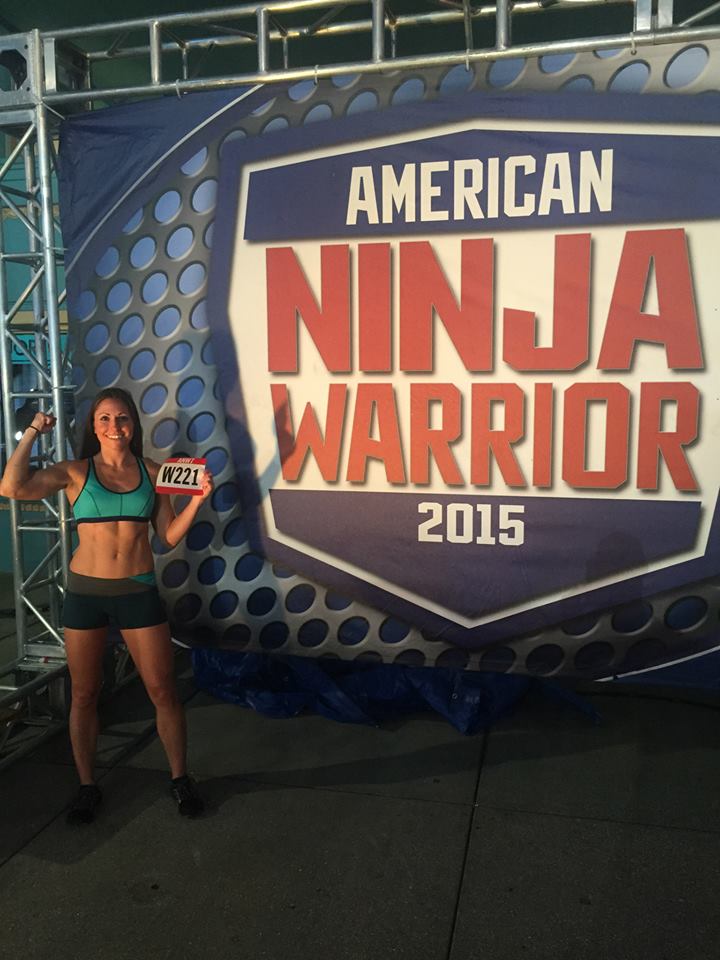 Registered walk-on competitor #21. The first 15 ran the course; I was so close! 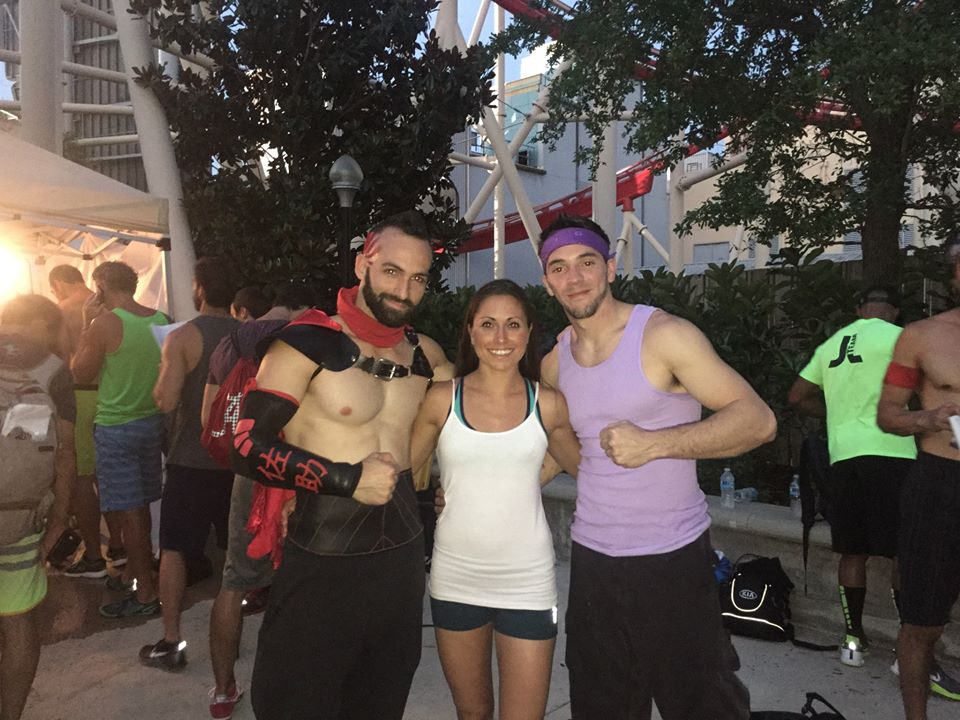 After my experience in Orlando, my training became elevated, and also became my center focus. My strength and techniques began to dramatically improve, as did my mental grit. I'll never forget the day I got up those first couple of rungs on the Salmon Ladder or made the transfer to the high ledge on the Ultimate Cliffhanger.

I began traveling to ninja competitions up and down the east coast, getting my hands on as many ninja obstacles as possible and becoming better friends with more and more ninjas. The way the community has embraced me still has me pinching myself, asking if this is really my life now. When it came time for submission videos for season 8, I knew what I needed to do to get that call. 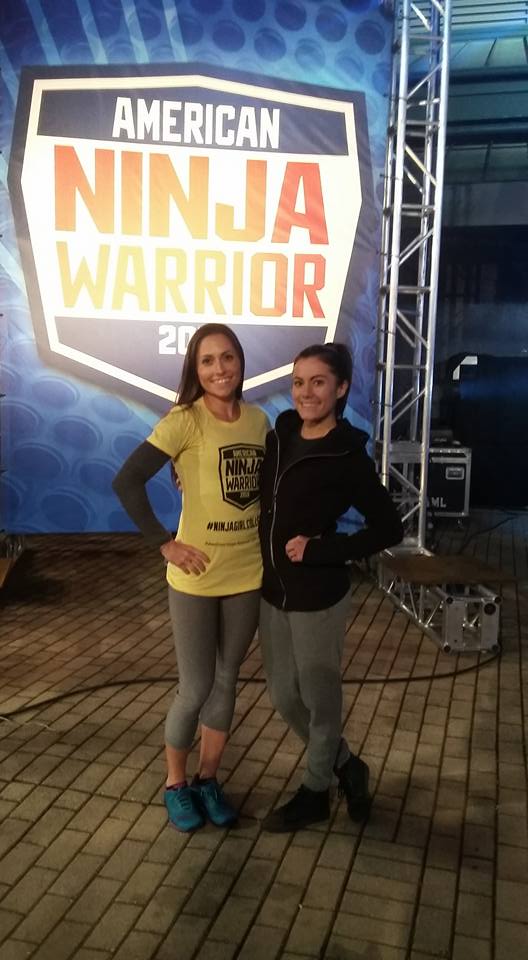 Creating a successful video requires more than just showing off crazy ninja skills. The casting producers want to know who you are, what you do for a living, where you are from, what your family is like, what your hobbies are. They truly want to know you in addition to all your athletic abilities.

Creating that video required me to be vulnerable. Talking about how I have had to overcome unfortunate family circumstances my whole life, that I have just an "everyday" job in hospitality but train hard and have a true passion for this sport while showcasing my quirky personality was not an easy task, especially having to condense it into 3 minutes! I really had to put myself out there and speak from the heart about what being able to run the course would mean to me.

The ANW course, after all, is a metaphor for overcoming life’s obstacles. Hitting the "submit" button after uploading my video along with the application was a moment that was going to lead to one of two things: I was either going to get the call back or I wasn’t.

And then I did! 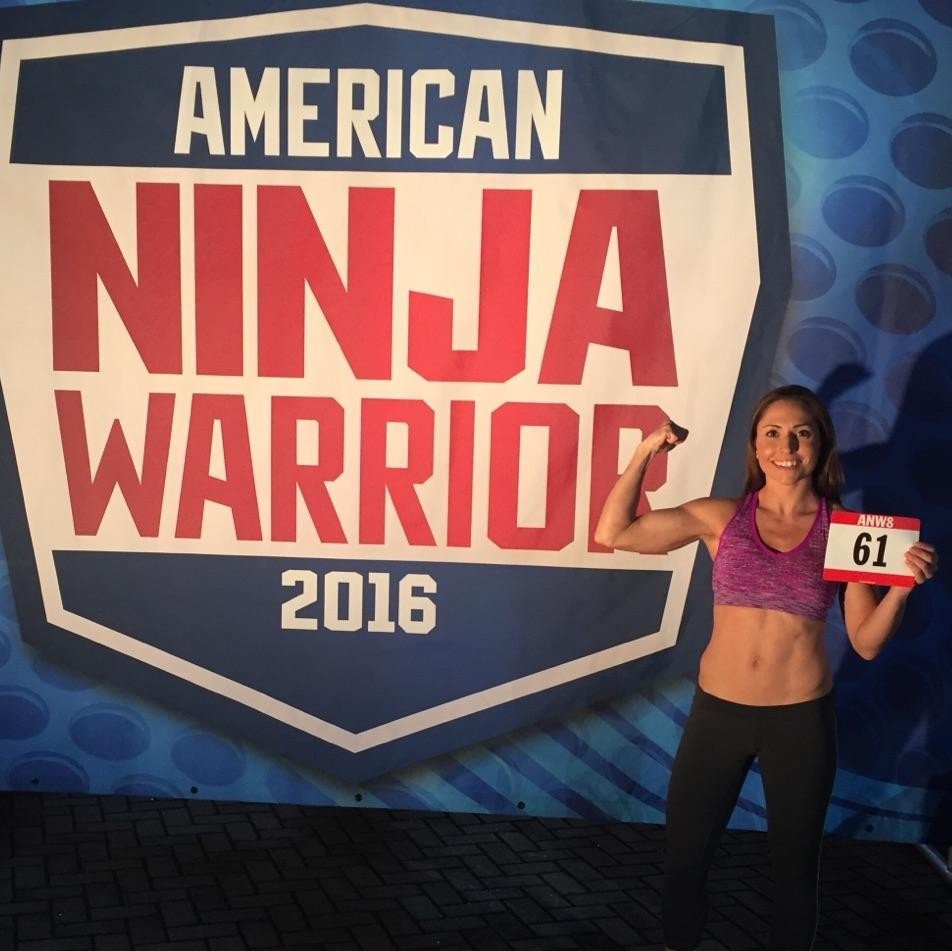 The filming for season 8 was the best weekend of my life thus far. I was selected to film a "24/B4" digital short (however my footage did not make it to NBC.com), having my entire rookie experience documented. On the course, my run came to an early end on the second obstacle (the Big Dipper), but those 2 minutes up there after 1 and a half years of training was worth every second.

The blood, sweat, and tears I put into this paid off. Despite my run not being aired, my "24/B4" not published, and the buzzer not being hit, my goal was accomplished, and I am now one step closer to the bigger dream.

The drive is unrelenting, and what started as a spark is now a fire both in my eyes and in my heart. I continue to compete in individual and team competitions hosted by ninja gyms along the east coast. I have since tested the National Finals course in Las Vegas for season 8, and was also selected to be an alternate for season 2 of Team Ninja Warrior in Los Angeles.

As if these experiences weren’t life-changing enough already, I have also become a better human being by continually being inspired by so many athletes in the ninja community who also happen to have amazing hearts. The very girl who inspired me—Mighty Kacy—I can now call a close friend, and my new reality still feels like a dream. 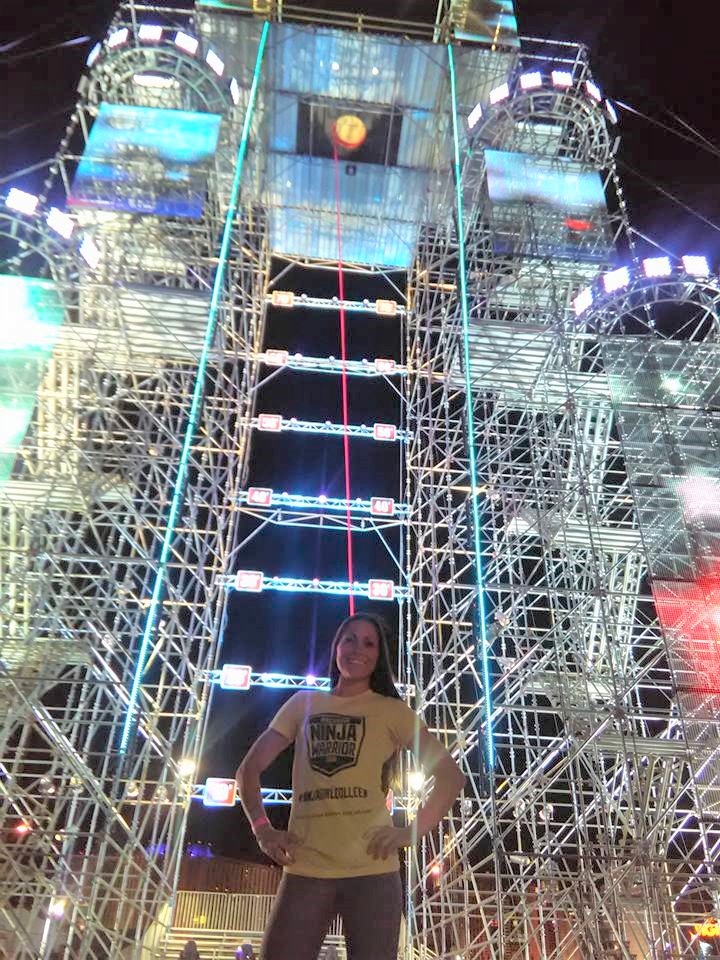 At the National Finals in Las Vegas in front of "The Mountain." 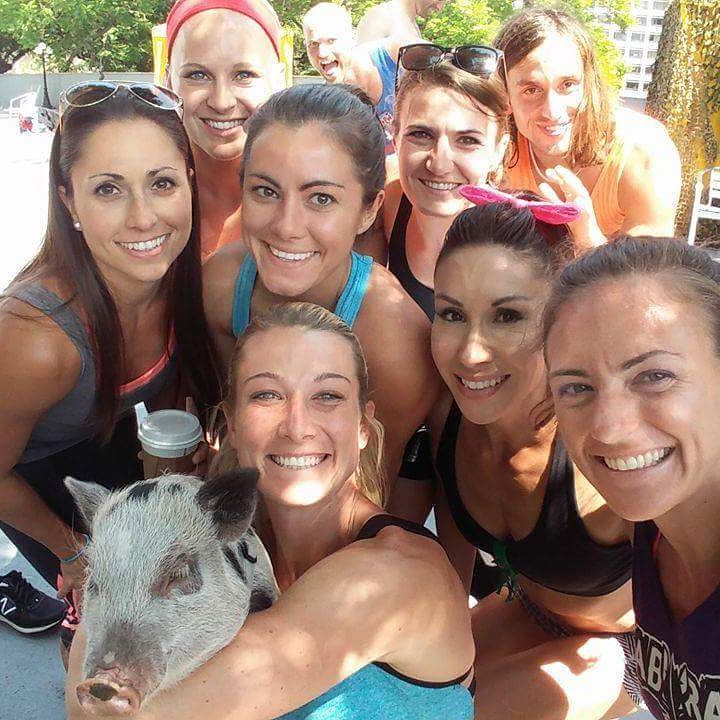 As I prepare for season 9, my goals are only set higher. I aim to conquer the course and hit the Qualifying and Finals buzzers, and to inspire viewers along the way. I can only hope one day to become the next Kacy Catanzaro, Jessie Graff, Meagan Martin, etc., and touch the hearts of millions.

I am learning that it takes years of preparation (after all, this will be my third year submitting), hours upon hours of honing skills, and exhausting days of competitions, but with how close I have come, I can’t imagine not trying. American Ninja Warrior started out as something I wanted to do, but now it is who I am. 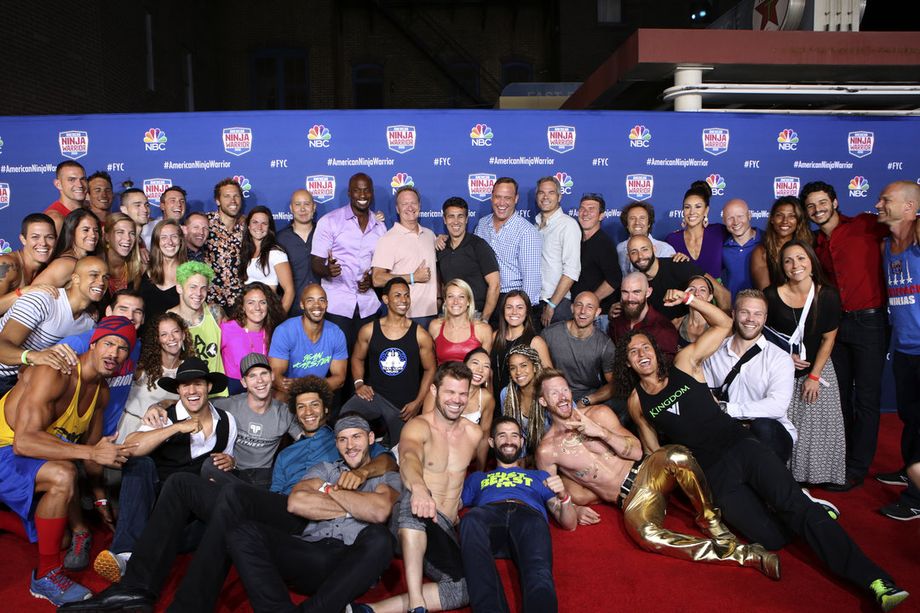